Homepage
You are here: Home1 / Mike Paradise2 / A Good and Plenty Saturday 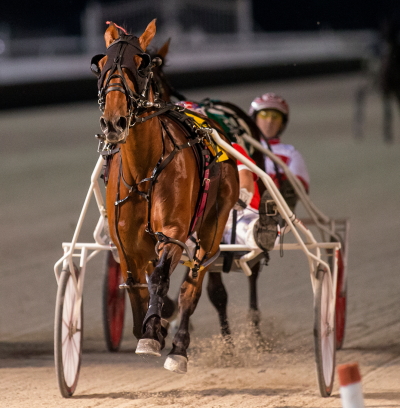 While a pair of Opens, one for trotters and the other for pacing filly and mares are the center of attention on Saturday’s Hawthorne card a number of ICF youngsters of both gaits and sexes are preparing for next week’s 2-year-old Night of Champions stake series and the 3-year-old legs the following week.

Two divisions of state-bred juvenile pacing fillies will go as races one and four on the 10-race program with Incredible Tillie series leg one winner Fox Valley Halsey (Casey Leonard) the 9-5 favorite in the fourth race and runner-up Fox Valley Torrid among the seven gals heading to the gate in the opener. 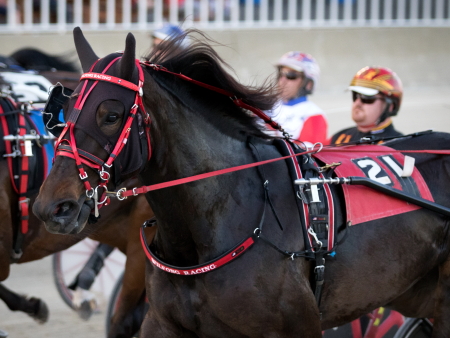 The second race is a prep event for the upcoming third round of the Beulah Dugert stake series and most of the top ICF sophomore trotting fillies are in it including Good Design (pp 2, Kyle Wilfong), winner of two series legs, Violet champ White Pants Fever (pp 3, Steve Searle), second round Dygert winner Maui Mama (pp 5, Casey Leonard) and True Detective (pp 6, Curt Grummel), victorious in the Cardinal stake.

Saturday’s Opens will go back-to-back in races seven and eight with the 7-horse trot going first. The Jim Eaton Stable’s Walter White, a 1:54.1 winner a week ago, has been assigned the outside seven-slot with Anna’s Lucky Star from the barn of Nelson Willis, allocated the six after last week having to start from the 10-hole when her three race winning streak was snapped.

The first three posts will be manned by Overandovervictory (Ridge Warren), Totally Pazzazzed (Tim Curtin) and Silverhill Volo (Jim Lackey), in that order.

The Chupp Racing Stable’s Kyles Secret (pp 7, Travis Seekman) goes after her third consecutive win at Hawthorne and her second in a row in an Open II filly and mare event in race five. Rodney Freese’s Pretty Image (pp 6, Tim Curtin) is the 5-2 first flash favorite. 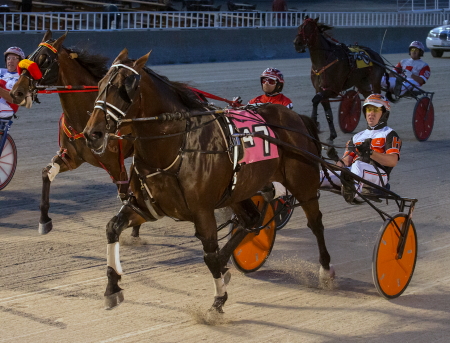 Somestarsomewhere (Kyle Husted) made it three straight wins at Hawthorne Friday night when the Tom Simmons trainee captured the first of two Open Paces on the card. (Four Footed Fotos)

Doubling Up: Driver Kyle Husted was at the lines of both winning pacers in Friday night’s $10,000 Opens. First Husted rated Somestarsomewhere ($3.80) his third consecutive victory in the fourth race Open and then followed one race later by bringing home Account Rollover (1:52.)

Somestarsomewhere, trained by Tom Simmons for Clinard Properties of Mount Sterling, Illinois, finished a half-length ahead of Ponda’s Prospect in a 1:50.4 mile. The Jim Eaton stable’s Account Hanover was almost two lengths the best at the end of his 1:52.2 mile for Farmington Hills, Michigan owner Robert Silberberg. Fox Valley Reggie (Kyle Wilfong) was second.