Homepage
You are here: Home1 / Mike Paradise2 / Are 2020 Illinois County Fairs in Jeopardy? 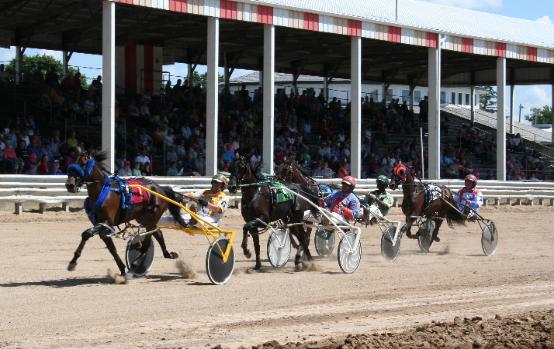 Racing at the Whiteside County Fair in Morrison, Photo courtesy of whitesidercountryfair.org

While harness racing at Hawthorne is on hold due to the world-wide Coronavirus outbreak, there’s another segment of the Illinois Standardbred industry that could be severely affected and it has received very little of the public’s attention: It’s the state’s County Fair Circuit.

Will racing at the Illinois County Fairs go on as usual or will it be cutback or even curtailed this year?

“That’s a very good question,” responded trainer Clark Fairley who heads up the County Fair Committee of the IHHA. “Right now there isn’t a decision on that yet. The Standardbred Advisory Board was scheduled to hold a meeting but that got called off because of the Coronavirus outbreak.

“The first fair (Martinsville) is the first week of June and that’s not that far off. We should find out the status of the County Fairs situation soon. Hopefully they won’t be shut down. Those Fairs are a big deal to a lot of people in the state, especially in the smaller cities and towns. Some people schedule their vacations around the fairs; it’s that special to them.”

Throughout our state there are about 30 County Fairs that yearly conduct a harness race meet and there are more than 100 others without horse racing. In both cases they’re always jammed-packed with the locals, enjoying the food (try those Elephant Ears), the rides, the livestock, and such, but mostly its people of the community coming together.

Obviously the “stay home” and “avoid large gatherings” mandates now commonplace throughout the country has put this year’s Illinois County Fairs in jeopardy.

Let’s hope this summer thousands of Illinoisans won’t be disappointed. 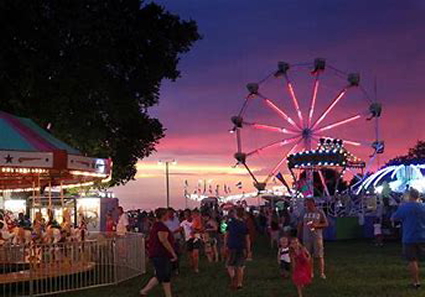 ICF Stake Noms: The nominations for the 2020 Night of Champions ICF three-year-old stakes have been made available. The Erwin F. Dygert Memorial for sophomore male trotters has the most noms with 21 while the Robert F. Carey Jr Memorial for second season pacing colts and geldings has the least with 13.