Homepage
You are here: Home1 / Mike Paradise2 / Can the Streaking Fox Valley Gemini be Derailed?

Is this the night the streaking standout Fox Valley Gemini suffers the first loss of his career or will the defending Illinois Harness Horse of the Year roll on to his 13th consecutive victory and remain unbeaten?

We’ll know the answer to that question sometime before 9 o’clock, when the pride of the Terry Leonard stable goes to the gate in the fifth race first $27.100 Cardinal stake division for owner Jim Ballinger, with regular driver Casey Leonard in the sulky. 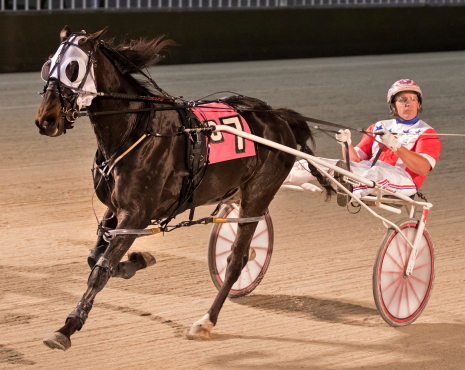 Tonight’s draw didn’t go well for the pride of the Terry Leonard stable when he landed the 9-slot in a 10-horse field, but the way he’s dominated the first three ICF fields he’s taken on this season, including his 1:51.4 romp a week ago, the vast majority of the betting public will no doubt stick with the star ICF pacer who uncorked a very quick 26 flat last quarter two starts ago.

If there is an upset to be pulled off tonight against Fox Valley Gemini, my guess is that You’remyhearthrob and Dandy Dude appear to have the best chance to do it.

You’remyhearthrob was stung by a 27 second quarter by a longshot trying to overtake the Bret Wilfong pace-setting homebred and gave way in the stretch to Backstreet Lawyer in their Carey series matchup. The Wilfong gelding has been no worse than second in five season starts and has shown he can motor out in a hurry when asked.

Dandy Dude, owned and bred by his trainer Dane May was an underrated ICF freshman. He put almost $30,000 on his card and with some better racing luck he could have added a lot more.

Dandy Dude won his Cardinal elimination in his career debut and was second in the final. He was also the runner-up in two Incredible Series stake series legs and in fact finished first in another only to be disqualified to sixth by the judges. That night the son of Sagebrush was locked-in the length of the stretch and banged his way out in mid-stretch, knocking a foe off-stride, hence the DQ.

When the Incredible Finale Championship came around, Dandy Dude had the misfortune to draw the 10-hole and when he was on the move to perhaps pick-up a purse check, he was run into by a breaking horse. 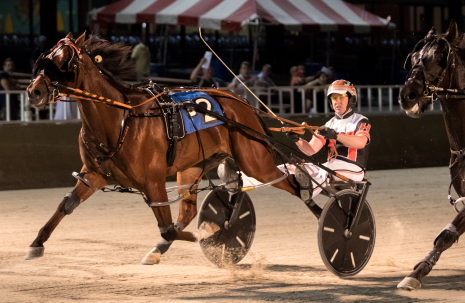 The eighth race second $27,100 Cardinal split brings out 2 of 3 winners in last week’s first leg of the Carey stake series—Backstreet Lawyer from the Tom Simmons stable and Fox Valley Hijinx from the barn of Kyle Husted.

Backstreet Lawyer, who made just under $70,000 as a 2-year-old, comes off a very quick 1:504 winning mile after a second place finish a week earlier to Fox Valley Gemini in a Carey prep race.

Kyle Husted was at his lines of Backstreet Lawyer last week, but Husted trains Fox Valley Hijinx, a game 1:53.4 Carey division winner in a three-horse photo, so Kyle Wilfong will take back the driving chores of the Simmons trainee owned by his wife Benita (Springfield), Marty Engel (Buffalo Grove) and Jerry Graham (Salem).

Backstreet Lawyer leaves from post six, while the shift from the two-post to tonight’s nine slot makes the task obviously more difficult for Fox Valley Hjinnx, who earned over $48,000 in his first season for Michigander Dave Brigham.