This weekend’s Cardinal and Violet stakes for ICF pacers and trotters have never received the same kind of fanfare of the richer state-bred stakes on Super Nights at Sportsman’s or Balmoral Parks or the Night of Champions at Hawthorne.

Monetary value on a race often dictated media coverage in the “Old Days” and the Department of Agriculture’s Cardinals and Violet’s events weren’t able budget-wise to procure “six-figure pots.”

However, the Cardinal and Violet have always been “must” races for the vast majority Illinois Standardbred owners and trainers and year after year the cream of the crop of young ICF pacers and trotters would go to the gate for these prominent Illinois bred contests. 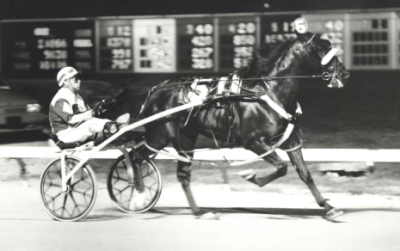 Past Cardinal Pace champions included the likes of Incredible Finale, Hot Head, Ideal Towne, Rattle And Rock, and Big Tom, just to mention a few, and all are in the Illinois Harness Racing Hall of Fame.

Interestingly, The Cardinals and Violets have been around longer than any Illinois Super Night events. They began back in 1984. Super Night was inaugurated at old Sportsman’s Park five years later in 1989.

We won’t have to wait long to see Friday’s headliner. The 2021 Cardinal Pace will go as the second race with nine of the top ICF three-year-old male pacers go to the gate with a $44,000 purse on the line.

Only time will tell if any of them have the talent to be a future Prairie State Hall of Famer.

Despite a game victory from the outside 10-post in the first leg of the Incredible Finale stake series, Bombay Bobby is listed as the 7-2 third choice the first round of the Night of Champions series behind Carey runner-up Partysatmosaplace (2-1) and its third-place finisher Ideal Big Guy (3-1), both from the barn of trainer Terry Leonard. 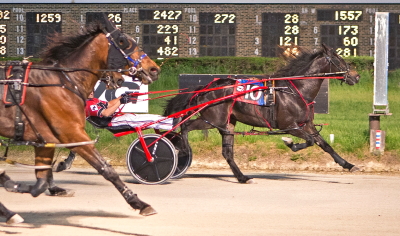 Bombay Bobby’s victory two weeks ago was impressive, to say the least. He was motored out from the 10-slot by Wilfong, and it was the first of three moves by the Dossie Minor gelding owned by Karla Santos of Springfield, Illinois.

The one-time $3,530 yearling buy from the Illini Classic Sale paced a new career mark of 1:55.4 with his three-quarters of a length win for his Springfield based connections.

Looking Tigerish: I mentioned in my first round Incredible Finale story that I liked the longshot BC’s Tufftiger for a price shot and it wasn’t for some poor racing luck the Roshiun Trigg trained gelding likely could have ended up higher than his fifth-place finish, beaten two lengths.

BC’s Tufftiger, who was racing on Lasix for the first time, got stuck inside and pushed back. In mid-stretch Denson had a horse with a ton of pace but nowhere to go and did well not to run over some horses racing ahead of him. The horse is listed at 20-1 in tonight’s morning line.

More in Store: The $40,00 Violet stake for state-bred three-year-old pacing fillies heads-up Saturday’s Card while Sunday’s program has both the Cardinal trot for the second season boys and the Violet Trot for the sophomore gals on its bigger-than-normal 14-race program.