Not all the harness racing in Illinois this week is taking place at Hawthorne Race Course. The Springfield State Fair Grounds played host Tuesday afternoon for 13 Downstate Classics, featuring the majority of the top 2 and 3-year-old ICF pacers and trotters. 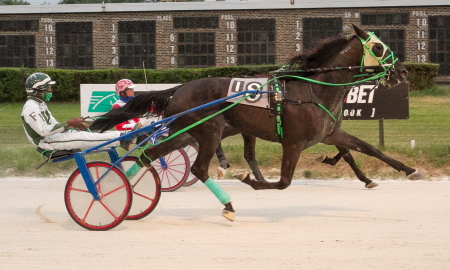 Mike Oosting drove both two-year-old filly pace division winners each in a time of 2:00.1. Connie On the Go made it four in a row with a neck decision over Kandi’s Fortune and Erv Miller’s Pure Sin prevailed by one length. 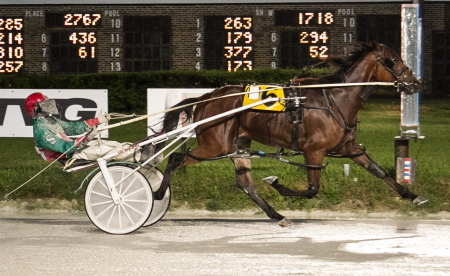 The pair of $5,374 filly pacing divisions proved to be no contests as Charles Arthur’s Sign Her Up (Juan Franco) was seven lengths the best in 1:54.4 and Leroy Hunt’s Double Parked (Cordarius Stewart) cruised by five lengths in 1:56.3.

Casey Leonard put Ryans Ambassador on the front in the 3-year-old colt trot and the Jim Molitor trainee was never headed in his 1:56.1 mile.

Louzotic (Kyle Husted) stayed sharp for Saturday’s Hawthorne Open Trot with a 1:58.2 win, finishing ahead of her nearest foe by a widening 13 lengths. Frontier Muffler came out of it in the aged male trot division and powered past for a two-length triumph with trainer Freddie Patton Jr. at his lines.