By Mike Paradise
The possibility of a shortage of race horses for this summer’s Hawthorne meeting grew a little closer to a reality when former Balmoral Park trainer champion Bob Phillips confirmed that he won’t be back for the summer’s 80-night meeting.
“It’s hard to try and make a living in Illinois when there’s racing less than five months a year and then only a couple of days a week,” said the 70-year-old Phillips who has shifted his residence along with his 20-plus stable to Ohio after Hawthorne declined to conduct a winter meet in 2017.
That decision cut its live harness racing days to only 80 for this year, thus reducing horsemen’s racing opportunities by over 22% from 2016 and by a staggering 69% in the past six years.
Hawthorne opens its harness meet on May 11 with a Thursday through Sunday weekly format but Phillips has his doubts the track will have enough horses to fill four cards a week.
“I think they may be down to two, or maybe three nights a week of racing,” continued Phillips. “I’m not the only one who won’t be back. There are others.” 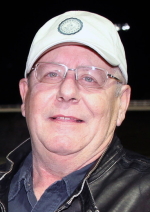 Phillips, who won his first trainer championship at the 2011 Balmoral meeting when he was 66, was perennially among the leading trainers in starts and wins at Balmoral Park from 2009 through 2015, when both the far south suburb facility and Maywood Park went belly-up after a multi-millions of dollars lawsuit was awarded to the river boats from the two Chicago circuit racetracks, ending more than a 60 year reign in Illinois harness racing by the Johnston family.
Phillips sent out 96 winning horses in Illinois in 2011, a career high. One-year later his barn annexed $667,612 in purse money, a season best when he raced the likes of State Street Liz, Big Brad, Holdingallthecards, AJ Get’s The Money. Life Is Good Today and the star pf the stable Al’s Hammered who made almost $215,000 as a ICF 3-year-old.
Al’s Hammered (1:48.3). a two-time Super Night champion, was owned and trained by Phillips who sold the then five-year-old to former Illinois horseman Harry von Knoblauch near the end of the 2014 campaign. A handful of starts later in early 2015 Al’s Hammered broke down and ended his racing career with 37 victories in 87 starts and a career bankroll of $520,297.
In his last year of racing for Phillips Al’s Hammered won 15 of 20 outings in Illinois including the Maurello Final, the Broadway Preview and a half-dozen Balmoral Invites,
Phillips, a long-time resident of Crete, Illinois now makes his home in Lebanon, Ohio where its Miami Valley Raceway meet, Scioto Downs in Columbus and Hollywood Gaming Casino racing in Dayton gives the Buckeye state year around harness racing in central or southern Ohio.
Northfield Park in Cleveland covers of the northern part of the state with a long 11-month January through November meeting.
Motherhood Awaits: Missing from the Chicago racing circuit for the first time since 2010 will be the former Illinois bred stake champion Just By Design (1:51.3), winner of 32 races in her career and nearly $400,000 in purse earnings for owner Josh Carter of Williamsville, Illinois.
“She developed a bit of a suspensory problem last summer and that made it an easier decision for me to end her racing days and have her begin her career as broodmare,” said Carter. “She’ll be bred this year to Real Desire.”
The now 9-year-old daughter of Sportsmaster out of the Broadway Express mare Rock N Roan, captured a Hanover, the Ann Vonian Final and the Grandma Ann Super Night Consolation at Balmoral and a division of the Circle City stake
at Indiana Downs in her sophomore season.
Just By Design proved best in Balmoral’s Parklane Powerful and the ICF Du Quoin championship at five, won an Lorna Propes stake elimination at six, and another Du Quoin stake crown at seven, all under the care of Springfield based conditioner Mike Brink.
http://harnessillinois.com/wp-content/uploads/2021/03/ihha_logo_white_wtext_v2-300x130.png 0 0 Mike Paradise http://harnessillinois.com/wp-content/uploads/2021/03/ihha_logo_white_wtext_v2-300x130.png Mike Paradise2017-02-24 14:06:132017-02-24 14:06:13Former Balmoral Trainer Champ Won’t Return