It’s the time of the year when many of the two-year-old ICF pacers and trotters competing Friday night in the Illinois Department of Agriculture sponsored stakes races at Hawthorne are at, or are close, to reaching their first racing year potential.

In most of the ICF freshman classes we have separations between horses who have already established they have the talent to be a top division contender. While others are still in the learning and growing process that could see their ability blossom as a three-year-old or perhaps, not at all.

When it comes to being on a roll no horse in Friday’s “Hawthorne Marathon” programs can match ultra-sharp two-year-old colt pacer Fox Valley Ren, from the barn of veteran trainer Nelson Willis. 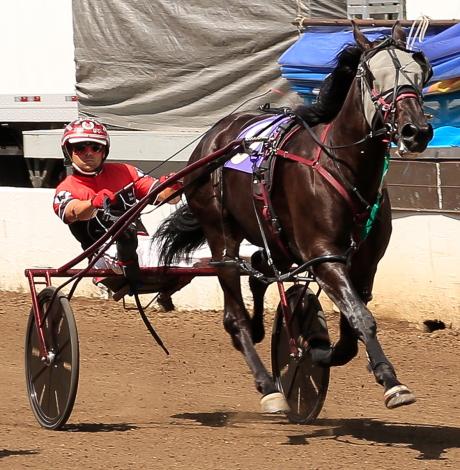 Fox Valley Ren drew nicely for driver Kyle Wilfong, with the two-slot and it’s hard to argue with the 4-5 morning line odds listed on the Sportmaster’s colt out of the very successful Illinois mare LR Dancing Dream.

As a race horse LR Racing Dream competed from 2008 through a portions of 2013 and came away with 30 career victories and purse earnings of $443,039. She spent her first two seasons racing for trainer David Snyder of Martinsville, IL. finishing second in Balmoral’s 2009 Grandma Ann Super Night championship and ended her racing career under the care of conditioner Nick Giberson of Spalding, IL.

In between, LR Dancing Dream raced out of the barns of trainers Eric Abbatiello, Lou Pena and Nick Zurick. The mare was acquired by Fox Valley Standardbreds of Sherman, IL. in late September of 2013 to begin a new career as a broodmare.

LR Dancing Dream’s first foal was Fox Valley Jazzy (1:52.1), the 2017 Illinois Two-Year-Old Pacer of the Year, when she went 8 for 13, capturing the Incredible Tillie Final on Hawthorne’s Night of Champions and earning over $130,000 as freshman.

Fox Valley Ren, the third foal of LR Dancing Dream, was sold by Fox Valley Standardbred to her current Chicago owners on June 2nd of this year and qualified at Hawthorne three weeks later. The colt was taken back at the start by driver Casey Leonard in his pari-mutuel debut on June 28, raced easy, and finished fourth, beaten six and one-half lengths.

That would be the only time Fox Valley Ren didn’t make a winner’s circle stop after a race since.

The talented colt took his new mark of 1:52.1 in his Springfield championship and he needed that fast mile. Fox Valley Ren only beat his rival RG’s Tracer by a neck.

RG’s Tracer (pp 3, Travis Seekman), has been the runner-up to Fox Valley Ren on four occasions this season, but he’s steadily got better for trainer Robert Grismore and paced a quick 26.1 last quarter in one of his recent losses. He’s listed at 6-5 in Hawthorne’s morning line.

Late Afternoon Start: Friday’s “Hawthorne Marathon” gets under way at four o’clock in the afternoon with the first of nine non-wagering races. The expanded 16 race betting program has a 6:30 first post.

Friday’s total of a 25 race double-header program is expected to be eight hours long, ending around midnight. With extra races also to be added to the Saturday and Sunday programs, those weekend cards will also begin at 6:30 pm.