Homepage
You are here: Home1 / Mike Paradise2 / Good and Plenty for Springfield Opener

While there are a number of empty stalls this weekend in Hawthorne’s barns, just the opposite can be said at the Illinois state capitol’s Fairgrounds, where an abundance of ICF pacers and trotters will head to the starting gate for the opening program of the Springfield State Fair meeting Saturday morning.

Friday’s opening day Springfield card has been moved to Saturday morning with a 10:30 am first post after a heavy downpour of overnight rain made the racetrack unusable. The regular Saturday program will follow with a total of 20 events to be raced.

Eight elimination events for ICF 2-year-olds of both gaits and sexes will be contested early Saturday to see which freshmen will move on to next Wednesday’s Illinois State Fair Colt Stake Championships, all with $27,500 pots. First post Friday and every racing day at Springfield is 11 o’clock in the morning.

No elimination races were necessary for the ICF 3-year-old trots, when 10 horses were entered for both the filly and the colt events. Instead a pair of Preps will go as the first two races with all starters coming back for their respective $25,000 championships. 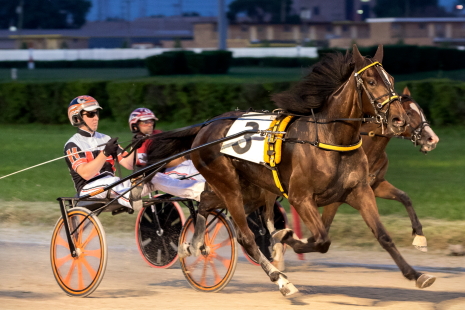 The Illinois State Fair Colt Stake eliminations begin with race three, the first of two divisions of juvenile filly pacers. The first split is headed up by the Jim Eaton stable’s Encantano (pp 1, Casey Leonard); with a Violet and Fox Valley Flan stake victory already on her list of accomplishments. She’s listed at even-money in the Springfield program.

The second filly trot division (race four) brings out Louzotic (pp 8), driven by her trainer Steve Searle, the 3-2 first flash favorite. She’s looking to extend her winning streak to four straight and a fifth place or higher will see the likely betting favorite in the race advance.

The first of two freshmen filly pace divisions (race three), will have recent Incredible Tillie victor Brienne The Beauty (pp 7, Travis Seekman), try to make three in a row without a loss to start off her career for the Clark Fairley stable. She’ll open at 3-2. Among her challengers is: Fox Valley Halsey (5-2, Casey Leonard), a first leg winner in the Incredible Tillie series.

The Kim Roth stable’s Maximus (pp 4, Casey Leonard), is the 4-5 heavy betting choice in the initial 2-year-old elimination pace for colts and geldings after breezing in a leg of the Incredible Finale and in his following race at Hawthorne.

Casey Leonard will also be behind The Bucket (pp 2), in the ninth race second group of ICF freshman male pacers. The newest addition to the Terry Leonard stable will look to expand his visits to a winner’s circle to four consecutive times and is listed at odds of 4 to 5. 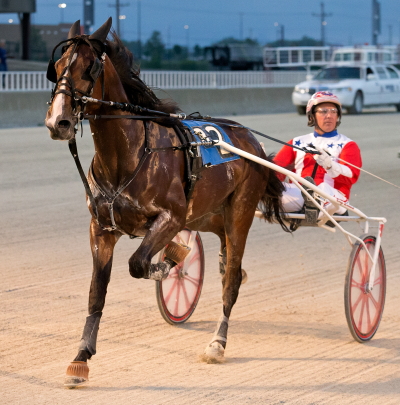 Unbeaten Fox Valley Picaso (5-2), from the barn of Herman Wheeler, is the freshman male trotter too beat in the eighth race-first division. Casey is back to guide the unbeaten 2-year-old who has already annexed the $59,900 Cardinal and his first two Kadabra stake series races.

Among his opponents is Trixie’s Turbo (9-2), a first leg champion in the Kadabra series for trainer Heather Stell, and the Steve Searle’s Louscardamon (Kyle Wilfong), fresh off a convincing triumph in a second leg of the Kadabra and the 9-5 early choice.

The Bucket (Casey Leonard), opens as a 4-5 prohibitive favorite in the ninth race-second colt pacing split. The youngster took the $30,500 Cardinal in his debut and later captured a second leg division of the Incredible Finale. The Sagebrush colt joined the Terry Leonard stable prior to his last winning start.