By Mike Paradise
I have to admit that until a recent visit to Hawthorne’s Grandstand I hadn’t been in that first floor portion of the facility in years and at that time it was a dark, dingy and empty looking area with all the charm and charisma of an old airport hangar.

But not any longer, work has been grinding along in the Hawthorne Grandstand for a few years and the now completed latest construction project has transformed the old gal into a bright and attractive place to visit and watch and wager on horse racing. 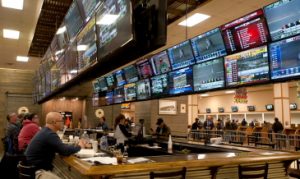 Everywhere you turn you’re looking at a TV and not just one but a lot of them.  “We have about 200 high-definition televisions on the first floor,” said John Walsh, Hawthorne’s Assistant General Manager. “In the Tito Bar Area alone we have 88 TV’s.”

The bar section was significantly upgraded and modernized into what now has become a very popular area for patrons. The same eye-catching look can also be found at the Hawthorne operated Illinois OTB parlors at Crestwood and Oak Brook, a pair of once flourishing facilities that were badly neglected for the last decade or so by their former landlords.

However, that all changed a few years after those parlors were taken over by Hawthorne, following the demise of the Balmoral and Maywood Parks and their properties as a result of bankruptcy proceedings. 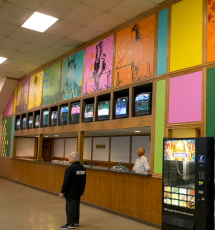 “The modernized bar area was first put in at the Crestwood parlor. Then we did it at the Oak Brook OTB and now it’s finished at Hawthorne.  Through the last three for four years we’ve spent in the $250,000 range on the first floor at Hawthorne,” said Walsh, adding:

We want our patrons to walk into certain areas with a group of 6 or 8 guys and even through they’re in the mist of everything still with the feel like they are by themselves. It’s all about their comfort. We want racing fans to feel comfortable in our surroundings.” 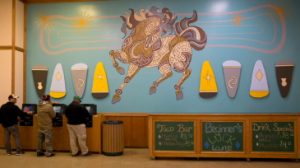 All the labor intensive work hasn’t been limited to inside the Hawthorne facility. The past week or so has been a beehive of activity on the racing surface itself and its congested backstretch.

The transformation of the racetrack from thoroughbred racing to harness racing along with the moving in and out of so many horses no doubt has to be a challenging time for Hawthorne.

“We had about 800 thoroughbreds in our barn area and we had stall applications for over 600 harness horses. Some of those will probably stay at farms but we’ll still have about 400 or so coming into our stable area,” continued Walsh.

It’s not just horses that will come and go. So will their trainers, grooms and their families as well. I’d call the two weeks before the opening of the harness meet definitely hectic, that’s for sure.  The hub rail had to be taken out for harness racing. The whole thoroughbred track surface had to be   picked up and a new surface for harness horses has to be out down. It’s a lot of work and it’s expensive. It’s about a $50,000 cost one way and other $50,000 to do it the other way. 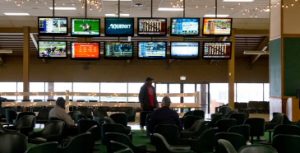 We’re committed to having harness racing at Hawthorne. We just finished doing at two-year contract with the IHHA. The track and the horsemen are partners in this thing. If Hawthorne makes more money, so do the horsemen. Without horses there is no racing and the horsemen need a place to put on the show. We need each other.”

Hawthorne Bound: Kentucky circuit horsemen Tyler Shehan reported on the IHHA’s Facebook site that he’ll be coming in to drive horses and has been assigned seven stalls on Hawthorne’s backstretch for his horses.

The 34-year-old Kentucky native made his first visit to Hawthorne last year before returning to his home state where he competed mostly at The Red Mile in Lexington and at Thunder Ridge in Prestonsburg. Tyler’s 90 winning drives total in 2016 was a career best.

Weather permitting qualifiers are scheduled to start at 1 pm Saturday on the mile track at Springfield Saturday. Hawthorne’s first qualifiers were to be raced this (Friday) morning beginning at 10 am. Another round of qualifiers at Hawthorne is on tap Monday, with the same starting time. Entries for the May 8th qualifiers will be taken at the Race Office Sunday.

(Mike Paradise’s stories will be posted every race day starting with the Thursday May 11 opening night card along with his Hawthorne Line, Odds and Comments),