How knowledgeable are you on the history of Illinois harness racing? We’ve put together 10 questions to test just how proficient you are. It’s a multiple choice test to help you along.
You can scroll down to the bottom of the page to see the correct answers.

1. Which of these ICF star pacers never won a Super Night Championship at Balmral Park?
a. Well To Do Guru
b. Masterofhisdomain
c. Al’s Hammered
d. Taser Gun

3. What driver was the first in Sportsman’s Park history to win with six horses on a single program and he did in twice in the same season?
a. Bob Farrington
b. Dave Magee
c. Tony Morgan
d. Ron Marsh

5. The first ICF harness horse to earn over $1 million in a racing career was:
a. Incredible Finale
b. Hothead
c. Big Tom
d. Bye Bye Byrd

6. The record for the most purse money earned by an ICF trotter in a racing career belongs to which horse?
a. Million Dollar Bye
b. Su Mac Lad
c. Plesac
d. Kadabra 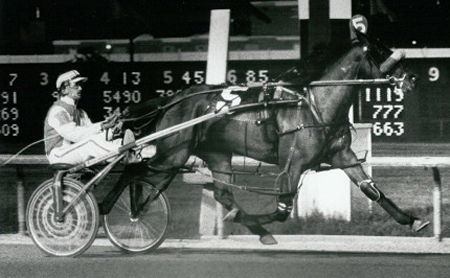 7. True or False: A filly once won the Pete Langley Memorial 3-year-old championship.
a. True
b. False

8. Which horse paced the fastest mile at Sportsman’s Park in its long 48 year history of harness racing?
a. New Bucks
b. Staying Together
c. Odds Against
d. Cam Fella

9. Three horses won championships on the last Super Night (1997) held at Sportsman’s Park and another on the first Super Night raced at Balmoral Park (1998). Two were Big Tom and Ohyouprettything. The other was: