“Doc” and Pat Walker, owners of Fox Valley Standardbreds in Sherman, Illinois, will be doing a lot of rooting during Friday’s $50,000 Summer Incredible Finale stake championship.

The question is what two-year-old ICF colt or gelding pacer will they be rooting for? The answer: About a half-dozen different youngsters.

The largest horse farm in Illinois has no less than six finalists in the sixth race going to the gate that they bred, all by their newest sire Somestarsomewhere (1:49.2, $478,435).

The Walker’s acquired Somestarsomewhere in January of 2019 with hopes the well-bred horse would be an eventual replacement for their illustrious sire Sportsmaster who nearing at the end of his brilliant stud career.

It’s only Somestarsomewhere’s first crop of juveniles but the Walker’s just might have hit the jackpot in the Illinois breeding industry with the son of Somebeachsomewhere out of the Art Major dam Lovely Assistant. 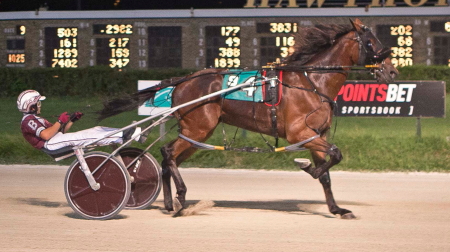 Fox Valley Jasper was an easy three and three-quarter winner in 1:53 flat in his elimination for trainer Erv Miller who also has Somestarsomewhere offspring’s Fox Valley Patriot (Archie Buford) and Fox Valley Auburn (Cordarius Stewart) in the championship, along with Illini Jetset (Marcus Miller), a Cardinal division champion earlier this month for his sire Travel Playlist, bred by the University of Illinois.

The Walker’s also have a pair of Tom Simmons trained youngsters–Fox Valley Cayman (Casey Leonard), winner of a division of the Cardinal, and Fox Valley Steeler (Kyle Husted), going to the gate. “Cayman” was only a head behind “Langley” in last Friday’s second Incredible Finale elimination. 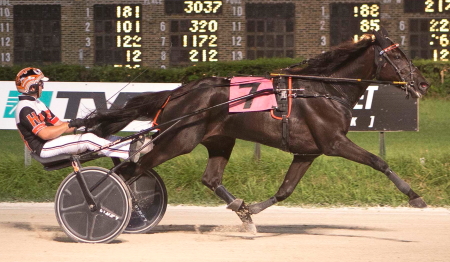 Tankmetodennyland prevailed in his elimination a second slower (2:00 flat) however two weeks ago the University of Illinois bred trotter finished only a neck behind Niko Man in their Cardinal division confrontation for her owner and trainer Dennis Gardner of West Salem, Illinois.

Both fillies drew well. Tankmetodennyland landed the two-post and Niko Man got the four. Aint No Mojo, who comes off two game efforts for driver Atlee Bender, is in a good spot with the five.

Two Opens Too Boot: The solid Friday eight-race program is supported by a pair of Opens. The five-horse pace goes as race three with Rick Schrock’s Hidden Assassin (Travis Seekman) the likely post time betting choice. The 10-horse Open trot is a wide-open affair with the streaking Talk About Valor getting a well-deserved week off.

Slots 8, 9 and 10 were also drawn and they went to Annas Lucky Star (Casey Leonard), Jack Vernon (Todd Warren) and Simply Swan (Atlee Bender), in that order.

The Incredible Finale Consolation for state-bred freshman pacing colts and geldings will be race five on the program.

Did I mention that Fox Valley Standardbreds have five youngsters that they bred in that $12,000 event?

Like Old Times: Former Chicago circuit driver Marcus Miller is in town tonight to drive several of his father Erv’s horses, including Illini Jetset in the Incredible Finale Final. Marcus has seven catch-drives on the eight-race program.