Opening night of Hawthorne’s winter meet is only a week away and the Friday, January 5th conditioned sheet lists both an $11,000 ICF Open Pace and a $10,000 Open Pace as its headliners.

The state-bred Open for male pacers could turn out to be an early preview for the Dave Magee Closer Series that gets under way on February 2nd with its first round legs. 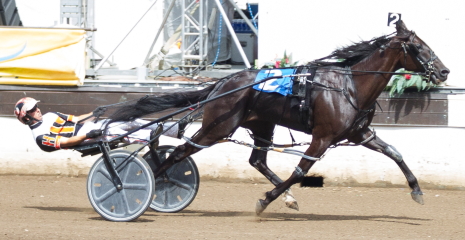 Captain Rhett and Gibbs have been competing in Ohio at Northfield Downs after the close of Hawthorne’s 2017 summer meet.

In six starts in the Buckeye Captain Rhett has chalked-up three wins, one second and one third and most recently a close-up a fourth place finish in a high-level conditioned pace. In 2017 the Duneside Perch gelding has raked-in purse earnings of $145,835 for Illinois owners Harvey Grieff and Robert Verdun.

Gibbs has won twice on the Ohio half-miler including an $11,000 Open II Pace in early November for Michigan owner Rick Howles. The Sportsmaster pacer has been a consistent starter in Northfield Park Opens and has made over $70,000 as a nine-year-old.

While the ICF Open Late Closer for “the boys” has 13 eligible pacers, the ICF Open Series for “the gals” saw a reduced number of eight owners send in a $200 nomination fee check for a crack at that winner’s share of a $30,000 pot in the Saturday, February 3 Final.

Heading up the “Walter Paisley’ Late Closer for state-bred distaffers are Bucklegirl Bobette and Fox Valley Charm, the one-two finishers on the Hawthorne’s Night of Champions. Only a nose separated those two mares in the $60,000 Tony Maurello Championship. 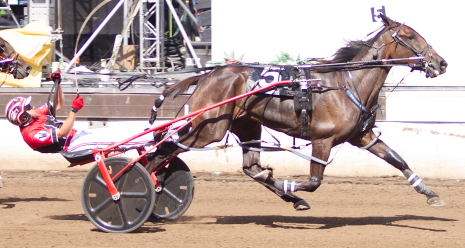 The Bob Walker trained Bucklegirl Bobette ended her 2017 season by winning six of her last seven starts and pulled down $75,177 in purse earnings while going postward a modest 15 times, her last in mid-October.

On the other hand Fox Valley Charm was sent to trainer Dirk Simpson in Pennsylvania after Hawthorne’s closing and has been a steady purse-earner in the Preferred mare ranks at The Meadows, banking almost $23,000 in eight starts there for Sherman, Illinois owner Peter Karras.

However, both Sporty Redhot in the Magee and Phyllis Jean in the Paisley will be “no-shows” in their respective winter Late Closers says their Berwyn, Illinois owner Al Beals.

“I changed my mind about bringing them back for the Hawthorne winter meet after talking to both my east coast trainer and my Illinois trainer,” said Beals who nominated both ICF pacers on December 9 and did an about-face on the matter about two weeks later.

“They’re both doing well out east and it just made sense to keep them there with the winter meet here only six weeks long.”

Since Sporty Redhot ($52,489 in 25 starts) left Illinois the soon-to-be 4-year-old has split his time racing for trainer Rick Dane Jr. at both Yonkers and the Meadowlands.

Of the 15 Hawthorne Winter Late Closers made available, five had to be canceled because of insufficient entries. All five were for trotters.

Now That’s Cold: Eleven qualifiers were raced yesterday at Springfield on a “good” racing surface during a bold chilling temperature of 14 degrees. Because of the adverse conditions the stewards knocked four second off qualifying time.

Gypsy Bellevue had been sidelined since May 21 at Hawthorne. Eaton also had his Invite trotter Whizzer White (Mike Brink) prevail in 2:04.2. A winner of almost $84,000 in 2017, the soon-to-be 6-year-old trotter hasn’t raced since a start in late July at Hoosier Park.

They’ll be a double draw on Wednesday, January 3) for both Saturday’s January 6th and Sunday’s January 7th cards. Horsemen must declare by 9 am Wednesday morning.

Hawthorne will conduct qualifiers on Saturday January 6 before the regular card. Horsemen must declared by 9 am Wednesday, January 3.

Ship-in date at Hawthorne for both horses and dorm residents is Tuesday, January 2nd. The Paddock will be Barn D. The Ship-In barn will be Barn 1.

Horsemen Reminder: Any horse that raced at Hawthorne last September, and hasn’t started since, can be entered and race on opening weekend without qualifying.