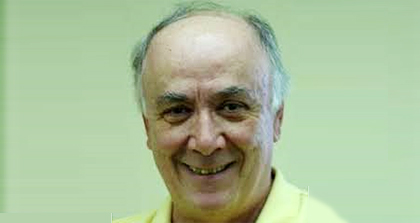 Mike Paradise has been covering Chicago harness racing professionally for the last five decades. He was the newspaper handicapper for the Chicago Tribune and its prior subsidiary the Chicago Today from 1973 to 2004. His harness racing line and comments also began appearing on the The Tribune’s Web Site in 2003. In early 2007 he began writing daily Harness Racing Notes on the paper’s internet site.

He joined the Illinois Harness Horseman’s Association’s web-site in February of 2009 where his nightly line and comments, and Notes and Quotes stories began appearing on every live racing night on the Chicago circuit.

Mike began working at the old Chicago American newspaper in the early 1960s, which later became the Chicago Today. He started his career in the sports department as a copy boy and was promoted to various positions both on the newspaper’s sports desk and as a writer. In early 1973 he became the author of a weekly harness racing column and did a daily harness handicapping line and comments. That same year he was named the department’s Sports Desk Chief.

When the Chicago Today ceased publications on September 13, 1974, Mike three days later went to work for Sportsman’s Park, where he served as the track’s director of publicity for both thoroughbred and harness racing from 1974 through 1996. He served as the publicity director at Maywood Park from 1997 through 2008.

In the early 1980s Mike completely revamped the circuit’s harness program, making it the first anywhere to have nightly stories, comments on every horse and a computer analysis of each race. Sportsman’s Park became the first press box in the country to create a network to convey electronically by computer the distribution of harness entries, charts, results and stories to all of the Chicago newspapers and to many of city’s suburban newspapers as well. He also put together the first micro-wave system that enabled the nightly races to be transmitted instantly from the roof of the racetrack directly to downtown Chicago where it was picked-up at no charge by the local TV stations to be broadcasted.

In 1987 Mike created Chicago Harness Racing, a cable television show he co-produced and co-hosted with Eleanor Flavin that aired six nights a week yearly through April of 1995.

Mike was honored on Super Night 1990 by the Illinois Department of Agriculture for: “Enthusiastic promotional efforts on behalf of horse racing in Illinois that have helped make these kinds of programs the best of their kind in America.”

The Chicago, Illinois native has been a champion for Illinois harness racing throughout his illustrious career and on January 24, 2009 the IHHA presented him with a lifetime of dedication award upon his induction into the Illinois Harness Hall of Fame.