Homepage
You are here: Home1 / Mike Paradise2 / No “Locks” in Round Two of Incredible Finale

Incredible Finale’s first leg winners Meyer On Fire and Frontier Muffler can likely wrap-up a starting berth in September’s state-bred ICF 2-year-old pacing filly championship with a victory in Saturday night’s second round of the stake that honors the first ICF horse ever to earn over $1 million.

Both Meyer on Fire (Kyle Husted) in the third race first series division and Frontier Muffler (Freddie Patton Jr.) in the fifth race second split drew the favorable pole position but neither youngster is a shoo-in to make a return visit to the Hawthorne winner’s circle. 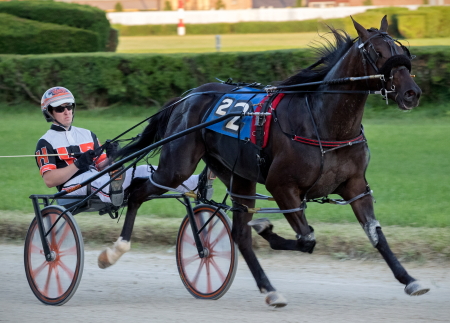 The two Sagebrush colts met up in the opening leg of the Incredible Finale on June 29 with The Bucket ending up almost seven lengths behind the winning Meyer On Fire after enduring some traffic woes on the backside.

This will be the Jim Eaton Stable’s Fox Valley Minime’s first race since the youngster made a break in the Cardinal more than a month ago. Earlier this month he dominated a Hawthorne qualifier by 7 and 1/2 lengths in 2:01 flat. The son of Sportsmaster has five siblings who have bettered 1:52 including King’s Legend (1:50.1) and Fox V alley Emilio (1:50.4).

Frontier Muffler has hit the board in all six career starts and won his Incredible Finale leg in 1:59.2 despite making a break before the start. Another son of Sagebrush, the Freddie Patton Jr trainee was overtaken by The Bucket in a prep race last week and finished third. 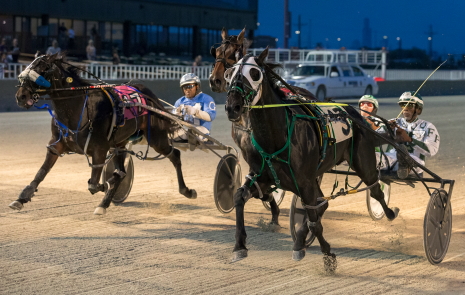 Ryan Racketeer was a close second while Cooter Luke was right there in third, beaten less than a length by Frontier Muffler in their initial Incredible Finale match-up. Maximus was bet down to 7-5 in that same race but broke on the move in his debut. The Rucker trainee came back with a 1:57.1 winning qualifier at Hoosier Park on July 7.

Viola, from the Joe Anderson stable, was second to Meyer On Fire in a first Incredible Finale round event while Holden Steady captured a division of the Cardinal when he debuted for trainer Angie Coleman.

The Saturday card’s secondary features are a pair of $10,000 Open Paces for fillies and mares.

The fourth race second Open is head-up by the red-hot Bucklegirl Bobette (Ryan Anderson). Assigned the outside seven-slot in a field also drawn by groups, the Rob Rittof trained ICF mare had rattled off three consecutive wins, the last two in 1:50.3, new lifetime marks for the 5-year-old pacer with 20 career victories.

Triple Lane Melody (Kyle Wilfong) was allocated the one post by the Hawthorne Race Office. The two, three and four were drawn and they went to Phyllis Jean (Ridge Warren), Velocity Layla (Kyle Husted) and Kyles Secret (Travis Seekman), in that order. Pretty Image (Tim Curtin) and Char N Marg) Casey Leonard) have the five and six, respectively. 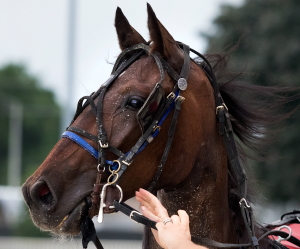 Perch ($18.20) took advantage of a break coming out of the last turn by the 3-5 favorite Fox Valley Halsey (Casey Leonard) and worn down the pace-setting Yankee Joanie in the late going by three parts of a length in a 1:58.2 mile. The winner is owned by the trio of Del Insko Training Stable (Beloit, IL), Susan Garrels (Shipshewana, IN) and trainer Jay Garrels (Clinton, WI).

The Clark Fairley Stable’s Brienne The Beauty ($3.60) followed her impressive 1:56.1 winning debut from a week ago by drawing off to a two-length triumph in the second Incredible Tillie division with a 1:56.2 clocking on a “good” racing surface for owners Anthony Somone (Willow Brook, IL), Dave Mc Caffrey (Burr Ridge, Il), Joe Mc Caffrey (Bettendorf, Iowa) and Fairley (Charleston, IL)