When the long time Chicago Sun-Times harness racing authority Tom Krish passed away earlier this month in his native country of India, our industry not only lost one of the nation’s very best handicappers, it also lost one of the true gentleman of our sport.

“There was no bigger fan of Chicago harness racing than Tom,” said IHHA Executive Secretary Tony Somone. “He loved Maywood Park and was an integral part of the cast of characters that paraded through there on a nightly basis. He was also a gentleman through and through. I never saw him angry. He always had a kind word for everyone. His brief personal comments included with his daily Sun Times line were cherished by all that were mentioned.”

Tony testimonial to Tom Krish was perfectly said in so many ways. 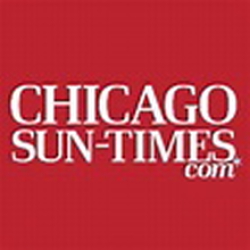 I got to know Tom a few years before he began his 35 year run with the Sun-Times when he replaced the legendary Sulky Sam Sena as the newspaper’s harness racing handicapper and odds-maker.

In all those years I also never heard him utter anything negative towards anyone. Tom was always a polite, friendly and hard-working professional with a passion for harness racing. He was also a family man who worked two jobs to provide for his wife Jothi (Jody) and their two daughters Jaya and Padma.

Tom was hired as a night-time employee in the Program Department at the Chicago circuit race tracks several decades ago by its late director John Tinsley. Tom helped tabulate the past performances lines and comments in the official race track programs.

At Sportsman’s Park, the program department worked on the west side of the Press Box while I, and most of my publicity staff, did our thing on the east side. All of us went out onto the Press Box porch to view the races. It didn’t take long for the likeable and straight-forward Tom Krish to gain the respect of his peers.

I learned where Tom spent his days shortly after he joined the Sportsman’s Park Press Box crew when I ran into Tom the salesman in the Sears lower level at its Chicago store at North and Harlem avenues, about a 10 minute drive east from the Krish’s residence in River Grove, Illinois.

I always knew where Tom spent his evenings.

Tom was a regular at Maywood Park, less than a 10 minute drive west of River Grove. Tom enjoyed contributing to the nightly mutuel handle. He wasn’t a big-time gambler but with his astute knowledge of the horses, he did well as a player.

Many years later during my 12 year stint as Maywood Park’s Publicity Director, I always looked to a small area on the west side of the clubhouse floor when I made a trip to the winner’s circle to interview a driver or trainer after a major race. If Tom was in town, it was 1 to 9 he would be there.

When Tom was, a stop to chat was automatic. A hand shake would be followed by a conversation about the horses and the industry and ending with my question: “How long will you be in town” because more often than not, Tom wasn’t. He might be headed to Seattle to visit his daughter Padma and her family or to Uganda, Africa where Jaya and her husband reside.

Tom also would travel to Europe for the most prestigious harness races in countries like France, Italy and England. Tom would e-mail me a story about the big race in his own unique writing style and I would run it in the Maywood Park program.

You might be asking yourself now does an person born and educated in a country that doesn’t have harness racing end up with a fervor for the sport and become a top-notch handicapper?

Actually Tom’s first love was thoroughbred racing and the lure to place a few bucks (I think the Indian currency is called the rupee) on the ponies. Tom’s father was a lawyer and an owner of some thoroughbred horses.

Yes there is thoroughbred racing in India and there has been for the one-time British colony for over 200 years. Its first racetrack was built in 1777. Currently there are nine tracks there and they are packed with fans wagering on races restricted to Indian-bred horses.

The populous country halfway around the world has a mixture of both pool betting and traditional bookmaking on its races. That’s how Tom got exposed to horse racing.

With the Krish’s eventually settling in River Grove, IL and its proximity to Maywood Park Race Track, it didn’t take long for Tom to make the switch over to playing the “buggies” and begin his long love affair with Chicago harness racing.

Tom battled health issues in his later years but that never kept him from missing a deadline in the Sun-Times. Tom was old-school. He was dedicated to his job. No matter where he was in the world or how well he was or wasn’t feeling, Tom’s harness line and distinctive comments always made their way on time into the Chicago newspaper.

Following the tradition of the Hindu religion, Tom was cremated within 24 hours of his death. Most of his ashes were dispersed into the Indian Ocean; it seems to me that it was only fitting his family spread a small portion of Tom’s ashes at a near-by race track.

Tom had three granddaughters and soon would have been a great-grandfather (another girl) if his life didn’t end much too soon. May my old colleague rest in peace.

A special thanks to Marge Tinsley of Beecher, Illinois, a good friend of the Krish family, for all of her input on this story.

“Sundance for Our Soldiers” and Equine Therapy. A Harness Ambassador Passes On
Scroll to top