Twenty years have passed since “Dual Simulcasting” was a regular weekend happening when Balmoral Park and Maywood Park raced on the same nights.

Dual Simulcasting’s 10-year run started in the late 1980’s and continued into the late 90’s.

Most Chicago circuit fans loved it. Some hated It. Some just tolerated it. Most horsemen liked it because it gave a trainer the opportunity to race a horse either on a five-eighths track (Balmoral) or a half-miler (Maywood) for about the same amount of purse money in either a claiming and conditioned event on a weekly basis. 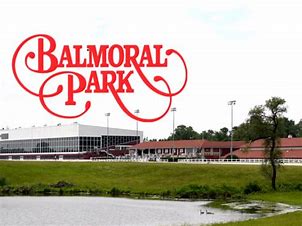 To refresh your memory, dual simulcasting between Balmoral and Maywood saw the track’s TV Department swap close-circuit signals back and forth between the two tracks. When a race was over at one track and the result was official and posted, the switch was made to the other track for its next race.

There was no long 20 minute-plus waiting time in between betting on a Chicago circuit race, just plenty of racing action.

There were no bigger fans of dual simulcasting than the track announcers, Peter Galassi at Balmoral, and the late Maywood Park race caller Tony Salvaro. They relished it. At times track management felt that the two announcers were having too good of a time, bantering back with each other.

“One time Duke (Johnston, past Maywood Park president) told me and Tony that he would fire both our asses if ‘you guys keep making it into an f . . . . . g comedy show”’ said Galassi with a laugh.

It turned out to be another idle threat from the potty-mouth official.

A couple of low keyed nights of conversation between Galassi and Salvaro soon were followed once again by the frequently comical joking around by the two long-time capable announcers, especially when it came to the Chicago baseball teams.

“Tony was a Cubs fan from the north side and I was a south-sider who liked the White Sox, so we badgered each other about the guy’s team.” 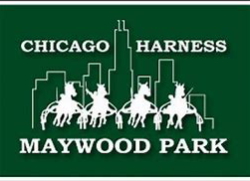 Health issues cut short Salvaro’s tenure at Maywood Park but his friendship with Galassi continued. “Whenever I used to call Tony to see how he was doing, dual-simulcasting always got into the conversation and the non-stop laughing would begin.

“I had a great time with the dual-simulcasting format,” Peter continued. “It was a lot of fun and I got to relax when the Maywood signal was going out. There was a single (official) program with the past performance lines for both tracks and it was printed in a way so all you had to do was turn the program upside down to view the next race at the other track.

“The TV guys did a great job coordinating it and I believe most of the horseplayers liked it. To this day when I go through the grandstand on my way up to the announcer booth at Hawthorne, I’m always getting asked about it from fans.”

What’s interesting was for years before dual-simulcasting began the management at Balmoral and Maywood officials were at each other throats at the Illinois Racing Board Date Hearings. Balmoral was then owned by the Ohio based Edward DeBartolo family while Maywood ownership was shared by the Johnston’s and the Flavin’s.

There weren’t any Illinois OTB parlors at the time or full-card simulcasting. Betting through ATW’s was still decades away.

Through the 70’s and much of the 80’s Balmoral wanted to race at the same time as Maywood, citing since Balmoral located in the far south suburb of Crete, IL, some 65 miles away from each other they weren’t going to hurt Maywood’s handle. Maywood officials argued that Balmoral would indeed take away some patrons and revenue from its near west suburban facility located just a few miles from Chicago’s western boundary.

This bickering went on for years until the Johnson’s gained full control of Maywood Park and along with the George Steinbrenner family, acquired Balmoral Park. With new (and the same) ownership, it was a much different atmosphere at the 1986 Illinois Racing Board race date hearings.

I would label it the Kumbaya dates meeting.

With Duke the president of Maywood Park and his brother John the new honcho at Balmoral, all the talk at that hearing was of a brand-new era of Illinois harness racing that now can get under way. The two tracks called it: UNIFICATION.

I’ll describe it as a Lovefest. All that was missing was for the anointed racetrack bigwigs and their general managers to join hands and skip down the aisle together.

The two former bitter rival racetracks did get what they requested from the IRB and “dual simulcasting” came into fruition. As it turned out no one would enjoy the unique racing format more than the Balmoral and Maywood announcers.