The Illinois horsemen’s response to race their ICF pacers or trotters in Saturday’s Fall Reviews in Springfield turned out to be prodigious, and that’s not an overstatement, far surpassing last year’s numbers.

A total of 113 ICF horses passed the entry box Wednesday for another shot at a 2019 Illinois purse, a week after the closing of Hawthorne’s summer meeting.

With the Illinois Department of Agriculture offering $75,200 in total purse money, a surprising 21 races were carded on Saturday’s lengthy length program that begins at 11 o’clock in the morning. That comes to a $3,580 pot per race. 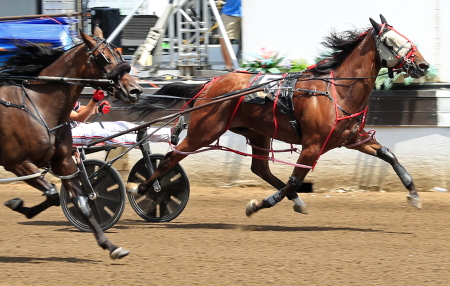 You’remyhearthrob, shown here at the end of his 1:49.4 mile at the Illinois State Fair, returns to Springfield Saturday with driver Kyle Wilfong for a Fall Review event. (Four Footed Fotos)

Since the Springfield Fall Reviews are all non-wagering events, the races can be rattled off in a timely manner with the 21st and last scheduled to go off at 3 pm. A trio of qualifiers will then follow.

Last year 75 horses entered the Fall Reviews, some 38 less than this year. Also 14 races were carded, a third less than on Saturday for just about the same purses per race. The 2018 Fall Reviews had $50,000 in purse money distributed, 25,200 fewer dollars than this time around. 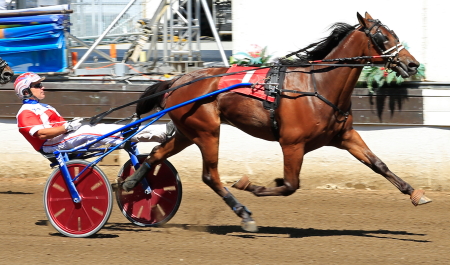 There were 20 horses entered in the ICF colt and gelding pacing event for ages four and up, necessitating a split into three divisions, the final trio of races on the Fall Reviews card.

The Ray Hanna Stable’s He Gone Jack (Ridge Warren) with over $157,000 in lifetime earnings, looks hard to beat from the rail in the initial split.

You’remyhearthrob (Kyle Wilfong) who sped to a 1:49.4 clocking in her Springfield State Fair championship will have to be caught in the second.

The third looks wide-open with Youmakemyheartsing, Salvatore, Freddy B Quick, Not Me Gram, Dinky Dune, and Ricky Bobbie all slugging it out.

All of the Chicago circuit drivers will be on hand Saturday, so if you live in the Springfield, Illinois area we invite you to come out and enjoy the races.