If you want to go to the “Big Dance” you need an invite.

In this case the “Big Dance” is next Saturday’s Hawthorne’s Night of Champions and an invite for a horse to compete in a lucrative Night of Champions final comes about with a Top Ten point standing finish for two and three-year-olds or by advancing in the aged divisions through elimination races.

This Saturday has no less than nine Night of Champions series events or eliminations among its 13 race card. While most of the top ICF youngsters have already clinched a starting berth in a Night of Champion final, there are some openings to a championship that still are to be decided.

The opportunity is there for the Triple Zzz Stable’s late-blooming freshman colt He’zzz A Wise Sky (Robert Smolin) to secure a spot in the Incredible Finale showdown. However with only eight series points earned thus far, good for 14th place, a win or a second place finish is likely needed for the Don Filomeno home-bred to gain the $120,000 (est.) two-year-old male pace final. 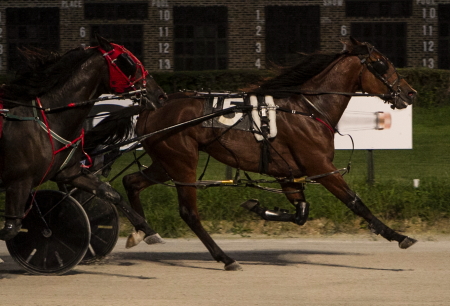 Since the first four point earners in the Kadabra trot series—Fox Valley Quest (Casey Leonard with 125), Desert Sheik (Mike Brink, 12), On Higher Ground (Ridge Warren, 87) and Fox Valley Kobe (Kyle Wilfong 63)—are all in the first division of the stake series for state-bred freshman trotting males, the winner of the seventh race second Kadabra split could vault into starting spot in the final and possibility the second place finisher as well.

It will depend on who the one-two finishers are and how Twin Cedars Rocket (Robert Smolin) and Fitchey For Fun (Randall Finn), currently eighth and ninth in the point standings, fare in tonight’s opener.

With the owners of 16 state-bred pacing mares writing a $500 starting fee check, The Tony Maurello stake for older ICF distaffers was split into two $20,000 divisions, races eight and ten on the card.

The first five finishers in each of the Maurello elims will move along to next Saturday’s $45,000 (est.) championship. 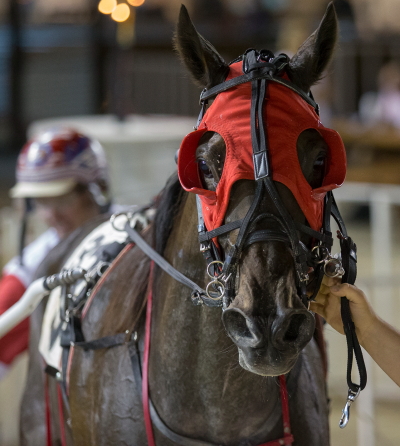 The quartet of Char N Marg (Casey Leonard), Whiskersonkittens (Luke Plano), Rollin Coal (Juan Franco) and Fox Valley Jazzy (Ridge Warren) are expected to get the most play from the betting public in the second Maurello elimination.

The four-year-old ICF gelding again proved fastest in the lane as he motored past with a 27 flat last quarter at the end of a 1:51.1 mile, his third win in a row for trainer Terry Leonard and owner Jim Ballinger of Atwater, Illinois,

Maximum Effort: The Ken Rucker trained Maximus (Kyle Wilfong), who was still fourth at the eighth pole, came flying in the late going and overtook both the pace-setting Fox Valley Triton (Casey Leonard) and the first-over Meyer On Meyer (Kyle Husted) to capture the final leg of the Robert F. Carey Memorial stake series for state-bred sophomore male pacers.

Coming a Long Way: Sign Her Up (Juan Franco) came from ninth, some nine lengths behind at the 58.4 half, and zoomed past the field to take the last leg of Incredible Tillie freshman filly pace series.