Homepage
You are here: Home1 / Mike Paradise2 / The Long Wait is Finally Over

A jazzed up and modernized looking Grandstand area awaits Hawthorne patrons who will wager on a nine-race program loaded with opening legs of two Late Closer events. 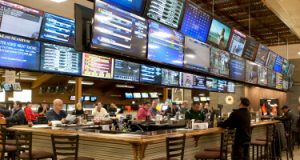 The pair of $9,500 Walter Paisley first round divisions will go as races three and five. The Paisley is for open company fillies and mares without $30,000 earned prior to March 31 while the $9,000 Dave Magee splits, races six and seven, are limited to ICF distaffers with less than $10,000 in purse money lifetime, also through March 31 of this year.

Expected to get plenty of play in the first Paisley leg is the Meadowlands invader Phyllis Jean (Casey Leonard) who came in from New Jersey in top form and with over $36,000 on her card this season for Berwyn, Illinois owner Al Beals.

The 4-year-old daughter of Illinois sire Henry Clay won 3 of her last 4 starts in New Jersey and was second in her other outing, putting $21,000 on her card in those four triumphs while lowering her lifetime mark to 1:52.2 racing out of the Rick Dane Jr. Stable.

Now trained by Leon Walker, Phyllis Jean is reunited with Casey tonight who guided the mare to one of her four Hawthorne victories in 2016. Her main threats appear to be the Rob Rittof Stable’s Alabamashakey (Mike Oosting) and Delightfully Wild, trained and driven by Jim Lackey. Those two mares have 11 season wins between them.

Alabamashakey rattled off six consecutive victories in a row earlier in the year in Florida while Delightfully Wild picked-up her five victories at Cal-Expo to go along with four second place finishes. Alabamashakey has fared best racing up close and leaving from the rail should see the mare on or near the front tonight.

The second Paisley division is wide-open without a clear-cut favorite. The same can be said the sixth race Magee series leg. Not so in the second (eighth race) Late Closer split where I listed the Mike Titus filly Lady’s Party at 3 to 5 odds and my best bet on the racing card.

The Party At Artsplace filly ended her first season with a pair of Hawthorne triumphs and had a big effort at Hoosier Park at the end of April with a second place finish in her 1:54 flat clocking. Lady’s Party was eligible for the Magee series by a scant $851 in her freshman earnings.

Lady’s Party will be reunited with Casey Leonard who drove her to one of her freshman wins in font-end fashion. Look for this ICF filly to be on the move early in Leg 1 of the Magee tonight.

Claiming Series KO’d: Three of the Cicero Claiming Series events slated for either the Saturday or Sunday cards were cancelled by the Race Office due to insufficient nominations—the filly and mare $10,000 claimers and both the male and female $6,000 claiming races.

The 11-race Friday program and all Hawthorne cards carry a 7:10 pm first post.