Homepage
You are here: Home1 / Mike Paradise2 / They’re Off Tonight at Hawthorne

The curtain goes up on Hawthorne’s 2018 winter meet tonight and its first feature, the fourth race Open III Pace, will test any handicapper’s skills. Between a frigid first week of weather in the Chicago area and some significant layoffs for most of the horses involved, it is a wide-open event.

On paper a pair of classy pacers from the always solid Tom Simmons Stable, Somestarsomewhere and Aimo Hanover, could garnish a lot of the public’s support. Both have sub 1:50 miles in their career, over $635,000 in career earnings between them and a host of either stake races, invites or Opens wins on their list of accomplishments.

Both Simmons trainees are owned by (Dave) Clinard Properties, Inc. of Mt. Sterling, Illinois and will race uncoupled. Somestarsomewhere was a $90,000 purchase by Clinard at the 2014 Meadowlands Sale, while Aimo Hanover was the Blood Horse Sale topper at $60,000 sale the following year. Both were previously trained by Ron Burke.

The classy pacer Somestarsomewhere returns to the races tonight in Friday’s feature after being sidelined seven months. The Tom Simmons trainee is shown here winning at Hawthorne in the 2016 winter meet with Dale Hiteman. (Four Footed Fotos).

Now a seven-year-old, Somestarsomewhere hasn’t started for seven months and had only five races last year at the age of six, winning twice.

“He had a partial tear of a suspensory and I didn’t want to just patch him up so I gave him all the time he needed to heal,” said Simmons.

Somestartsomewhere racked up over $275,000 in purse money as a 2 and 3-year-old and made the Breeders Crown finals both years. The Somebeachsomewhere pacer was the first 2-year-old to go a sub 1:50 mile when he won his Breeders Crown elimination in 1:49.4. He was third in that $500,000 Final.

“He should need Friday’s race,” said the Springfield based Simmons. “I qualified him twice in December, but the track was real bad last time. We raced on the half mile track and it was horrible. They didn’t anything to it at all.”

With the half-mile track in poor shape, the judges allocated four full seconds to a horse’s qualifying time that December 28th day. Somestartssomewhere’s winning effort was in 2:03.1 with a 29.1 last quarter.

Aimo Hanover finished his 2017 season in November at Hoosier in Opens and an a Invite. His 1:49 flat winning mile at Springfield last summer was the fastest in Illinois for 2018. However, he drew the outside eight-slot for Friday’s race.

“The horse can leave, but with the time off, it might be best to race him Friday from behind,” added Simmons.

Only three horses in the field, Firedrake (Nick Roland), Soap Suds (Keith Crawford) and Uptown Sleaze (Casey Leonard), competed in December and the latter went off-stride in his Dec. 2nd Northville Downs race at the start and finished up the track.

Off his current sharpness and landing the inside post, Firedrake likely will also be well-supported at the betting windows.

Firedrake is making his Hawthorne debut after a strong last couple of months at Cal-Expo where he won 3 of 5 Open Paces with Roland at the lines. Now trained by Payton Ode, the Dragon Again gelding gets a big plus going postward by landing the rail. All together Firedrake had an even dozen wins last year including Opens at Running Aces in Minnesota.

Soap Suds spent the last couple of months competing on the half-mile ovals of Northfield Park in Ohio and Northville in Michigan. The Artsicape gelding was a 10-time winner in 2018 as a 10-year-old and figures to push the early fractions.

Another newcomer to Hawthorne is the 10-year-old Good Two Socks, (pp 7, Rick Magee), a steady performer the past few years at Running Aces.

No. 2 Best Man Hanover boasts the fastest lifetime mile (1:48.4) and the largest bankroll ($464,985). The now 10-year-old has been trained throughout his career by Perry Smith for Sawgrass Farms. 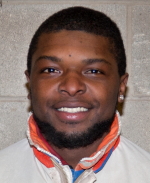 Driver Cliff Bell will be back behind the late-charging pacer Sunset Dream in tonight’s Open III feature.

No. 4 Sunset Dreamer, no doubt has been pointed for Hawthorne. He ended 2018 with a 1:53.1 mile last September 22nd and did it with a wicked 25.4 last panel with tonight’s driver Cliff Bell.

If you’re a player that likes “horses for courses” the Rob Rittoff trainee is definitely worth a look. The Western Ideal gelding loves Hawthorne’s long stretch.

Claiming Series Starts: The first round of Hawthorne’s winter $10,000 claiming series for pacing colts and geldings also gets under way tonight.  Two $7,000 first leg divisions are on tap and races one and three.

Hawthorne has moved up its first post for the winter meet to 7:05 pm, five minutes earlier than its previous 7:10 pm post time.