When USTA District 5 members make their upcoming selections for the 2022 year’s Illinois harness racing division honors they won’t have an easy task in the ICF two-year-old colt and gelding pacing category.

It seemed that when one state-bred freshman pacer would power his way to the top spot, another would come along and knock him down a notch and take over.

The major Illinois bred stakes winners and their purse money were pretty much spread out among four youngsters—(in alphabetical order: Fox Valley Jasper, Fox Valley Langley, Ghost Shark, and Illini Jetset—and a case can be made for any of the talented foursome of pacers to take the division award. 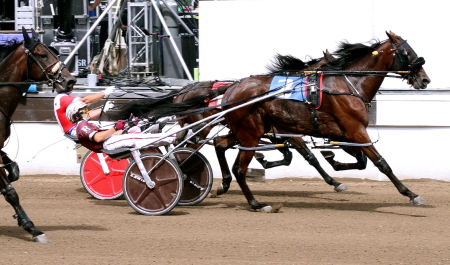 Bred by Fox Valley Standardbreds, Fox Valley Jasper, a son of Somestarsomehwere out of the Yankee Cruiser dam Subway Hanover, won the first six of his eight season starts and banked almost $56,000 for the Midwest Division of the Erv Miller Stable and Illinois owners Bowie Racing LLC (Shorewood) and Engle Stable LLC (Northbrook).

Nevertheless, “Jasper’s” winning streak ended with a fourth-place finish in a division of Du Quoin’s Director’s Cup and he was a disappointing sixth in his Incredible Finale elimination and failed to advance to its lucrative final on Hawthorne’s Night of Champions. 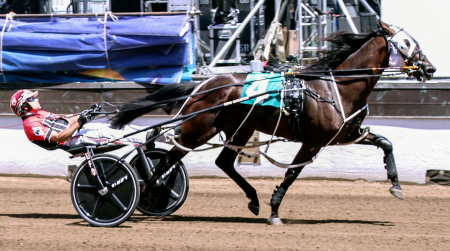 Fox Valley Langley fastest mile of 1:52 flat came in his Springfield elimination. He was fourth in the final. The gelding was second best by a head in his Director’s Cup division at Du Quoin. Fox Valley Langley made a break in his Incredible Final Night of Champions elimination and missed the championship.

The Fox Valley Standardbred freshman did rebound with a victory in the stake’s consolation to reach $57,480 in earnings and a record of seven wins and a pair of seconds in 11 trips to the starting gate.

The Tim Roach trained Ghost Shark, driven exclusively by Travis Seekman, came on strong in the latter part of his two-year-old season and finished with $63,958 on his card. 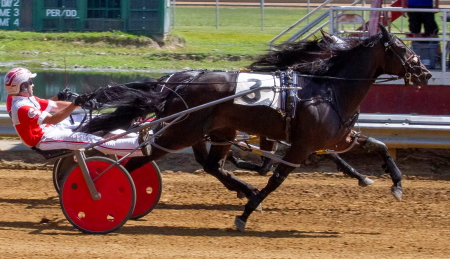 A son of Revenge Shark out of the Well Said dam Give Up The Ghost was at his best coming from behind, getting his initial victory in late August in a division of Du Quoin’s Director Cup stake with a season’s best mile time of 1:51.3. He followed it by winning his Incredible Finale elimination at Hawthorne a week later.

In the Night of Champions two-year-old final Ghost Rider was sent off as the 4-5 public’s choice, had the lead in the stretch however ended up second best by less than one length.

Illini Jetset, another Evn Miller trained two-year-old only had two victories in 10 first season starts but one came on Hawthorne’s Night of Champions in the $154,000 Incredible Finale Final with Todd Warren at his lines. 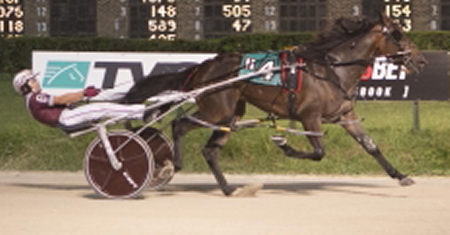 Illini Jetset’s other triumph came in a division of the Cardinal in early July. The youngster was the runner-up in the Springfield championship, one of his five second place finishes of his 10 starts. He never missed a check in any outing

As you can see, it’s a toss-up for division honors.