Homepage
You are here: Home1 / Mike Paradise2 / Veterans and Novices Share the Spotlight

ICF veterans and rookies alike will share the limelight at Hawthorne this weekend.

The experience pacers and trotters will be vying in aged state-bred stake preps while the novices take aim on the Illinois Department of Agriculture’s Cardinal and Violet stakes, the first added money event of the season for Illinois bred two-year-olds.

As expected, entries for the aged state-bred stakes were sparse. On the other hand, the juvenile events were abundant. So much so that the Cardinal Pace for “the boys” and the Violet Pace for “the gals” were split into three divisions each when 26 horses apiece entered. 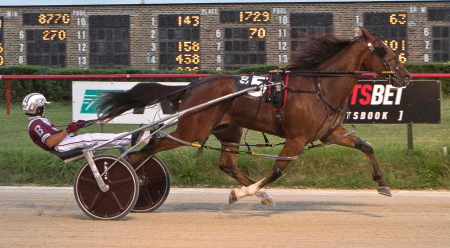 The Cardinal (18 entries) and Violet (14 entries) trots will go has two divisions each. The Cardinal trot splits will carry a $24,225 purse and are carded as tonight’s seven and ten races. The $22,675 Violet divisions for freshman trotters will be contested Saturday

Strong Opener: He’zzz A Wise Sky and Fox Valley Gemini no doubt scared away many of the older ICF horses. Only Fox Valley Ren, I Am Will and Holden Steady will challenge the Illinois Harness Horses of the Year for the past five seasons in tonight’s prep.

The Robert S Molero Memorial prep will go as race one with Fox Valley Gemini (Casey Leonard) on the pole position with Fox Valley Ren (TBA), Holden Steady (Juan Franco), He’zzz A Wise Sky (Kyle Wilfong) and I Am Will (Archie Buford) to his right.

Another “Fox Valley” prodigy, Fox Valley Langley (pp 8, Kyle Wilfong), will open as the favorite in the second ninth race Cardinal grouping. The Somestarsomewhere gelding is three-for-three to start off his career for trainer Jamaica Patton and exploded in the lane his latest outing with a 26 second last panel. 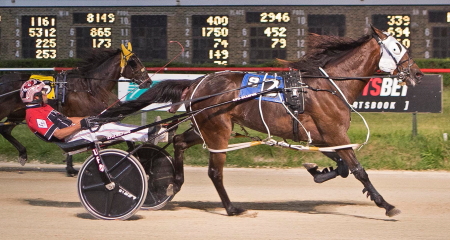 Looking for Revenge: The Plesac prep is also on the card and it’s a rematch of last week’s Open trot where Heath Bar upset the 2-5 favorite Talk About Valor and did it racing first over. This time around the star of the Gerald Hanson stable leaves inside of Heath Bar with post three while the Jamaica Patton trainee has the seven, his first outside post in quite a long while.