2003 a Summer of Balmoral’s Glory Days

Fifteen years ago Balmoral Park was thriving with nationally acclaimed horses coming to town for its American Nationals, a driver colony among the finest in the country, and nightly 1 million dollar mutuel handles the norm.

Five years earlier the far south suburban facility took over as the Chicago’s circuit premier harness racing track when Sportsman’s Park closed its doors on the Standardbred industry as all of its major stakes events, from Super Night to the prestigious American National stakes, switched over to Balmoral Park, a former one-time “B” track for Illinois harness racing. 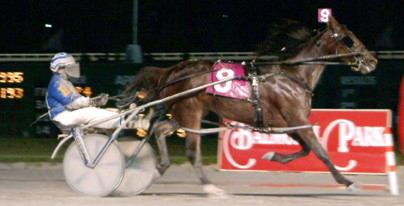 The Balmoral driver standings in 2003 ended up with a Top Ten of Tony Morgan, Dave Magee, Ron Marsh, Tim Tetrick, Mike Oosting, Andy Miller, Ryan Anderson, Pat Berry and Dale Hiteman, in that order. This year only Ryan Anderson and Mike Oosting competed at Hawthorne’s summer meet and the latter just on a part-time basis.

Homer Hochstetler was Balmoral’s 2003 leading trainer with Erv Miller and Ken Rucker close behind. Sadly, all have gone elsewhere and are now former Illinois based horsemen.

The ten 2003 American National stake championships were spread out for the last time that season (late July to early September weekends). Beginning in 2004 American National Night was inaugurated as a single eight event gala night of racing with the 2-year-olds trots contested on another evening of racing.

The combination of six figure purses plus the long illustrious history of the American Nationals always lured many of the nation’s elite trotters and pacers to town on a regular basis and 2003 was no exception. Four American National winners went on to be named Dan Patch champions in their respective classes.

The first 2003 American National was the $100,000 2-Year-Old Filly Pace on Saturday, July 18 and Dale Hiteman brought home Kikikatie to a 1:54.1 victory on an “off track” and she would go on to be the Dan Patch champion in her division. 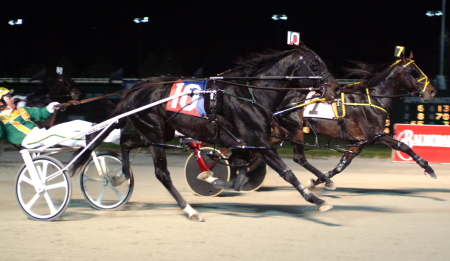 On September 27, a week after Super Night, a strong field was on hand for the $210,000 American National Aged Pace with the well-regarded Mcardle (Mike Lachance) going off as the 4-5 favorite. However he was parked-out to a 55 flat half and ended up fifth as Peruvian Hanover (Tim Tetrick) won a narrow head decision in 1:51.1 over the 63-1 longshot Color Me Best (Dave Magee. Mini Me, who would go out to be named the 2003 Illinois Harness Horse of the Year, finished third, only one length further behind.

Peruvian Hanover would return to Balmoral in 2004 and successfully defend his aged pacing title, this time in 1:49.4

Cantab Hall would annex the 3-year-old colt trot Dan Patch title and also was named the 2003 Trotter of the Year. 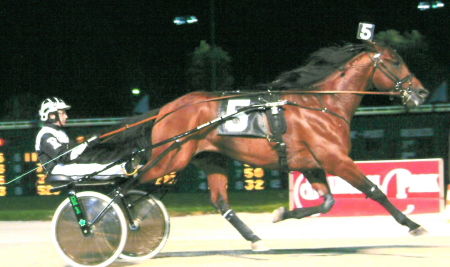 The headliner that Saturday was the $215,000 American National Aged Trot with all eyes on the nationally ranked 4-year-old Rotation from the stable of trainer Harold Lunde. Regular driver Trevor Ritchie settled the 1-2 choice into seventh in the early going while Magician (Ron Marsh) and Life’s Holiday (Homer Hochstetler) battled to a 55.2 half. Rotation came from third-over, overtaking Magician in the lane and pulling away to a 1:53.1 victory.

Fifteen years have passed since then and regrettably so have the days of national star pacers and trotters coming to Illinois.