Opening night of Hawthorne’s summer harness racing starts up in just one week and a look at the first condition sheet indicates the early portion of the meet will put the emphasis on the Late Closer Series.

The draw for the May 4th opener will be this Monday (April 29), with entries due by 10 am. The initial weekend conditioned sheets are available on the Hawthorne web-site at https://www.hawthorneracecourse.com/horsemen/csheet/

Four of the eight opening legs of Late Closer Series events will be raced on the first Friday’s first card—the $8,500 Walter Paisley and the $8,000 Dave Magee filly paces and the $8,500 Bea Farber and $8,000 the Daryl Busse for trots. 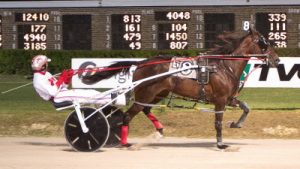 The nomination list of 3-year-old ICF pacers and trotters currently eligible for the upcoming summer stake series leading up to the Night of Champions has been released by Hawthorne’s Race Secretary Robin Schadt.

The Terry Leonard trainee was a perfect nine-for-nine with driver Casey Leonard on his way to dominating the ICF freshmen division capped by a victory in the $195,000 Incredible Finale Championship for Atwater, Illinois owner Jim Ballinger.

The Plum Peachy for ICF 3-year-old filly pacers has 34 nominees, including the 2017 Illinois 2-Year-Old Filly Pacer of the Year Fox Valley Jazzy, owned by Cathy Finn-Kanitz and trained by Dale Kanitz of Olney, Illinois. The $175,000 Incredible Tillie champion finished her first campaign with four consecutive victories and earnings of $130,365.

Other notable Plum Peachy eligible fillies include: Violet titleholder Rollin Coal, from the barn of Hosea Williams and the Rodney Freese owned and trained pacer Fox Valley Catwalk, currently riding a five-race winning streak as a 3-year-old after sweeping the Doc Walker Late Closer Series at the Hawthorne winter meeting.

As far as ICF sophomore trotters, 19 fillies were submitted to compete in the Beulah Dygert Memorial Series, while 22 colts and geldings have been designated as eligible to race in the Erwin F. Dygert Memorial series.

The Mike Brink Stable’s Maui Mama ($81.280), the Violet freshman victor with a gaudy record of 7 wins in 9 starts, and Trotting Grace, ($64,782), a five-time winner in 2017 for trainer Steve Searle, are also Beulah Dygert stake series eligible.

This summer’s Erwin Dygert stake series should be a dandy with the likes of Illinimight, Vic’s Pizza, True Detective, and Cruzin Cassi, all returning as 3-year-olds after strong first season campaigns.

Vic’s Pizza ($53,455), was named the 2017 Illinois 2-Year-Old Colt Trotter of the Year, despite being sidelined in early September. The Brink stable-mate of Illinimight won both the Springfield and Du Quoin State Fair championships before his season-ending injury in the September 9th leg of the Kadabra series.

The Curt Grummel trained True Detective ($37,195), captured the Cardinal Final and two series divisions of the Kadabra, while Cruzen Cassi ($59,256), from the John D Finn Stable, was third or better in 10 of 12 freshman starts and the runner-up in the Kadabra showdown.

A complete list of the summer’s ICF 3-year-old stake nominees can be found on the Hawthorne web-site. Click on the “Horsemen” category.

Last Saturday’s Springfield Spring Review, saw Hawthorne’s three-time defending driver champion Casey Leonard bring home 6 of his 15 drives on the 21 race card and they all came in the last 11 events. Casey also had a pair of second place horses and a trio of third place finishers.

The fastest winner was a 1:54.3 clocking, by the Jamaica Patton trained 4-year-old colt Fox Valley Reggie, who uncorked a 26.3 final panel in his first start since mid-February.

The Bob Walker 5-year-old trainee Bucklegirl Bobette, was a romping 13 and one-half length victor in her division, with a 1:54.4 mile on the front-end, pacing the last half in :54.4 with a 27 flat final quarter.

All horses must have a current negative coggins test (within one year) and a current EHV (rhino) vaccination (within 180 days) on file in the racing office which must be dated and signed by the veterinarian.

Additionally, all horses originating from out of state must present a valid health certificate dated within 10 days of entry with the horse’s temperature recorded on the certificate.

The Illinois Comptroller’s office notified the Illinois Association of Agricultural Fairs recently that the money for the premium fairs for their reimbursements was being released. Although this is not an issue specific to Illinois horse racing, we understand that many horsemen are also actively involved with their county fairs and would appreciate the good news.  Good job to all involved in making this happen.

The stall applications are being finalizing and the barn list will be posted on Monday, April 23rd on the Hawthorne website.  Move in date onto the backstretch will be Wednesday, May 2nd, with the first possible day for training of Thursday, May 3rd.  The first qualifiers will take place on the afternoon of Saturday, May 5th. 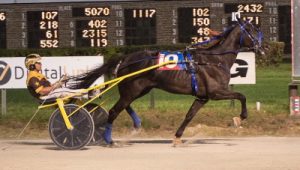 UPDATE: The previously announced $50 entry fee will be waived for IHHA Members for the April 21 State Fair Races and qualifiers. If the trainer and the driver are IHHA members there will be no fee. Membership forms will be available onsite through Brenda or Tina in the race office. Membership to the IHHA is $40. If you choose not to join the IHHA, then you can still race but the fee to start will be $50. Thank you to Hawthorne Racecourse for sharing in the cost along with the IHHA.

Qualifiers will also be held after the races. There will be no entry fees for the races or the qualifiers as long as the trainer/driver are IHHA members.