You’ve heard the phrase “fly on the wall” on numerous occasions nevertheless I want to borrow it one last time for my final column of the year.

In my case I would have loved to be “the fly on the wall” at last weekend’s annual Night of Champions get together at the Flacco Family Farms residence in Alexis, Illinois.

Not to eavesdrop on anyone’s conversations but instead to soak up the yelling and screaming going on as family and friends watched the Hawthorne races and the fist-pumping and hugs that followed when one of the farms home-bred horses crossed the finish line first . . . and that happen on three occasions. 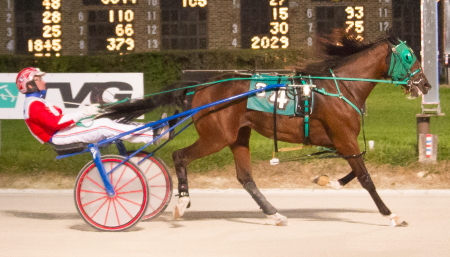 First it was their Loulita taking the $88,000 Fox Valley Flan championship, the freshman filly’s sixth straight win, making her a very viable candidate for 2020 Illinois Harness Horse of the Year honors. The farm shares ownership of the talented filly with Dr. Patrick Graham of Pittsfield, Illinois.

A little later their Lousraptor proved best in the $67,000 Plesac older trotter final and another of the farm’s owned trotters, Louscardamon, finished second.

The Lou’s Legacy yearling that they did sell (for $52,000) when his moniker was Lou’s Obsession, later renamed Fistfullofsollars, and he came away with the $118,000 Kadabra championship.

“Every year we invite 20 to 25 people over to our place on the big racing night,” said Dr. Richard Flacco, the breeding farms owner and decision maker. “We put on a big spread and always have a great time.”

Did he say spread?

Heck, any fly would love to spend the evening being a pest and keep dive-bombing into the piles of scrumptious food.

“My wife (Arlene) makes the best meatballs,” continued the long-time family specialist doctor in the Galesburg, Illinois area. “I rather eat meatballs than cake.”

Now that’s my kind of guy.

From a modest beginning early on in this century, Flacco Family Farms has become a major stalwart of this state’s breeding industry, producing one Illinois champion after another with the emphasis on trotters.

The star of the Flacco Family Farms is their trotting stallion Lou’s Legacy, who has given the family enterprise, and Illinois harness racing, in recent years the likes of Louzotic, Loulita, Lous Abigail, Lousraptor, Lougazi, White Pants Fever, all under the care of trainer Steve Searle, while the son of Windsong’s Legacy, out of the Meadow Road broodmare Lady Love mare was being honored as the Illinois Trotting Stallion of the Year in 2016, 2018 and 2019 and would get my vote, if I had one, for 2020 as well.

Lous Legacy was acquired by Flacco Family Farms in early 2013 and he was a bit of a gamble to be an effective money-maker as a trotting stallion.

“The previous owners asked me if I knew the horse had a low fertility rate and I told them that I did. I thought I could do a few things that might help the trotter and he’s turned out to be just unbelievable for us. His fertility rate is like 10 times better than it was when we got him.

“Lou’s Legacy was bred to 65 mares last year and 50 got into foal. He’s just done unbelievably well as a stallion for us. In my family practice as a doctor I’ve been involved in the fertility of humans and I have used some of that knowledge in my horse breeding business.”

Dr. Flacco also says much of the breeding farms success comes from “teamwork.”

“Everyone here has a role to play for the farm to do well. I make it a point to listen to everyone who has a thought about the farm or an opinion that they think could make things better, and that includes our employees. I welcome everybody’s input. In the end I do make the final decision.”

The Philadelphia native knows all too well the importance of communication. After all, he’s been a successful family doctor for over 50 years.

Dr. Flacco graduated from the Drexel (Pennsylvania) University College of Medicine in 1969. He served his residency in the Air Force at the now decommissioned (1993) Chanute base in Rantoul, Illinois and he continues this practice in Galesburg, Illinois while specializing in Family Medicine.

This will be my final article for 2020. God willing I’ll be back on Friday, May 8 2021 to cover the 2021 Hawthorne harness racing meet. Until then, my sincere thanks for being an IHHA web-site reader. 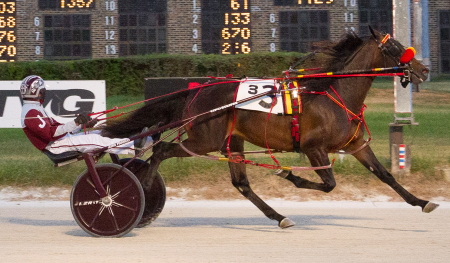 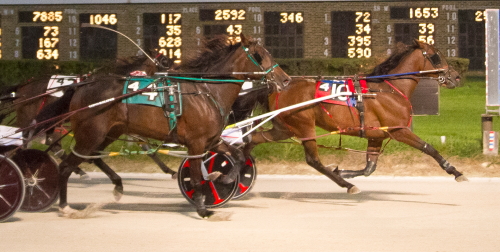 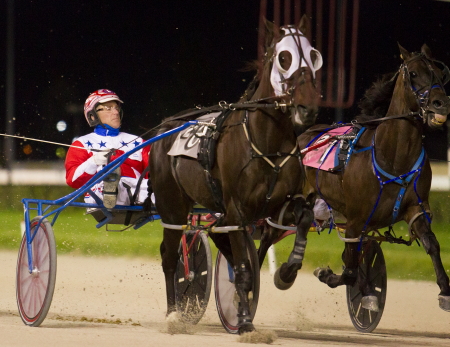