Homepage
You are here: Home1 / Mike Paradise2 / A Rosy Outlook for Hawthorne Open

Back-to-back Open Pace affairs are the showcase events on Hawthorne’s Friday night program, with three stables sending out one of their top-notch horses in each and another barn with three stout candidates heading to the starting gate. 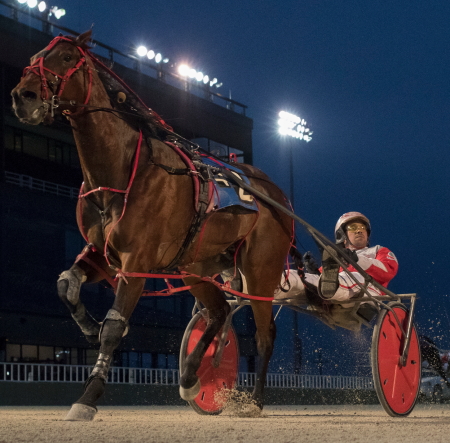 In three starts for Perry, Royale Rose has brought back a return of $12,500 to his Beecher, Illinois owner and trainer.

The fourth race open was drawn by groups, with the one slot assigned to Why Ask Why (Ridge Warren). Posts two through five were drawn and went to: Adios Amigos (Tim Curtin), Tookadiveoffdipper (Kyle Wilfong), Ponda’s Prospect (Casey Leonard) and He Gone Jack (Ridge Warren), in that order.

The outside six and seven slots were obtained separately with co-morning line favorites Royale Rose landing the six and Somestarsomewhere (Kyle Husted), the classy 7-year-old from the barn of Tom Simmons, getting the seven.

Somestarsomewhere appears to be back in top form after two very convincing victories at Hawthorne, the last by 6 and 1/2 lengths and the previous by 5 and 3 /4. Both were against much softer competition but each came from the eight-post.

Nonetheless with 27 career victories, a career bankroll over of over $450,000 and a 1:49.2 mile taken at Lexington as a 2-year-old Somestarsomewhere is certainly the class of the field.

Ponda’s Prospect annexed three straight races earlier at Hawthorne, before being hampered by outside slots in his latest trio of starts. The move to the four post should bode well for the Terry Leonard trainee. 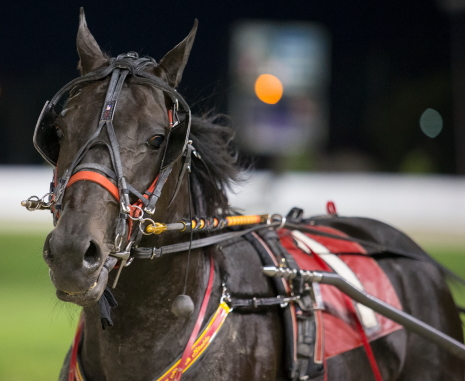 Another Leonard stable pacer is Southern Flight (pp 7, Casey Leonard), is in the fifth race second $10,000 Open. The 4-year-old’s most recent races have been sub-par. On the other hand, he won at Hawthorne in mid-May in a quick 1:50.4, a time that equaled his lifetime mark set as a 3-year-old at Hoosier Park.

Best Man Hanover has made 240 lifetime starts and most have come at Balmoral or Hawthorne and so, has the majority of his 45 career wins. As a 6-year-old Best Man Hanover won in 1:48.4 at Balmoral, the fastest racing mile among the 15 horses competing in Friday’s back-to-back Hawthorne Opens. The Western Ideal gelding has made eight starts this summer at Hawthorne, picking-up a check in each while winning three times for owner Sawgrass Farms of Lemont, Illinois.

Ho-Hum, Another One: The Terry Leonard Stable’s Fox Valley Gemini (Casey Leonard), made it 15 consecutive career victories without a loss last night with a 1:51 flat mile. The 3-year-old ICF 3-year-old is staying sharp for upcoming third leg of Hawthorne’s Carey stake series.