Homepage
You are here: Home1 / Mike Paradise2 / A Visit with Judge Dave Magee

It’s been four years since National Hall of Famer Dave Magee retired from driving harness horses and made the out-of-the-ordinary-switch and became an associate judge at Indiana’s Hoosier Park.

Does someone with almost 12,000 career dash winners still get the itch to sit in a race bike again?

“Occasionally, but I’m 65 years-old now so reality has set in,” said Magee with a laugh. “I enjoy what I’m doing and have no regrets about making the move. It’s also given me the opportunity to stay in the sport that I love.”

Dave’s last night as a driver came on February 28th of 2015 when he brought home two more winners and ended a four-plus decade career with the most wins (11,869) as an Illinois based horseman. 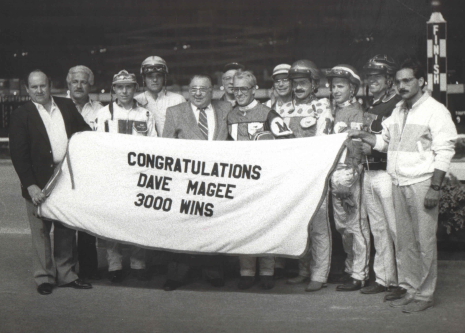 A few days later Magee began his new job some 240 miles away from his home in Big Rock, Illinois, about an hour and a half drive to Balmoral Park.

“I was offered a state steward position by the Indiana Racing Commission and it came at a time when I was thinking about retiring as a driver. I was 61 and it was beginning to be a challenge to go out there on a regular basis. I was dealing with some pain in my shoulders from my share of racetrack spills

“I was apprehensive about such a major career change at my age and I knew that starting off I would be doing a lot of commuting. That first year as a steward at Hoosier I made the long (four-plus hour) drive back and forth every night we raced. I’ve since relocated my family to Fortville, Indiana. I still live out in the country but I’m only 18 miles away from the race track.”

The classy and well-respected Wisconsin native brings a unique perspective to the steward’s stand.

There isn’t any other harness racing judge with Dave’s impressive driver credentials. Magee was the 1994 Driver of the Year when he topped the nation with 630 winners. He represented his country twice in the World Driving Championships and won it in 1995. He had 38 straight seasons with 100 wins or more and a remarkable 36 consecutive years with more than $1 million in purse earnings. He owns a record 12 Maywood Park driving crowns and 11 at Sportsman’s Park. Magee far and away drove more American National and Super Night champions than anyone else. 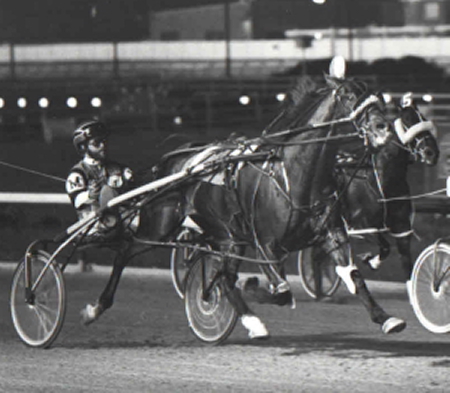 In his new Indiana gig Magee has had to combat the stigma by some horsemen that he “went over to the other side.”

“I’ve stressed that we’re all together in the business,” said Dave. “We all want to make our sport the best it can be and instill the public’s confidence to bet on our product.”

While Magee’s vast experience on a racetrack makes him very aware of what’s going on during a race from a driver’s perspective he “tries to be totally objective from the judge’s stand.”

Like so many drivers and trainers before him, it was difficult for Magee to leave Illinois nevertheless it’s obvious it was the right move at the right time for the 2001 National Harness Racing Hall of Fame inductee.

“I’ve watched the steady decline of Illinois harness racing and it has been heart-wrenching. It was frustrating to go through year after year with the failure to pass legislation that would impact our sport in a positive way”

Will our new governor with the other leaders of the General Assembly at long last get a much-needed gaming bill passed—and signed—and enable the Illinois horse racing industry its opportunity to get off life-support?

We can only hope so. Stay tuned.

With no 2019 winter harness meeting this year at Hawthorne I’ll be taking some time off. My stories on the IHHA web site will return the last week of April. Have a happy and healthy New Year.