Homepage
You are here: Home1 / Mike Paradise2 / An Appetizing Plate on the Holiday Weekend

There’s plenty on the plate at Hawthorne this holiday weekend for both players and horsemen.

Nowadays in Illinois it’s rare to see so many races going for five-figures purses, unless it’s the Night of Champions, or the stake showdown programs at the State Fairs in Springfield or Du Quoin. Nevertheless, that’s exactly what is on tap for the Memorial Day weekend at Hawthorne.

No less than fifteen races offering five figure pots will be scattered throughout the next three days of racing starting with four of those contests on Friday evening. 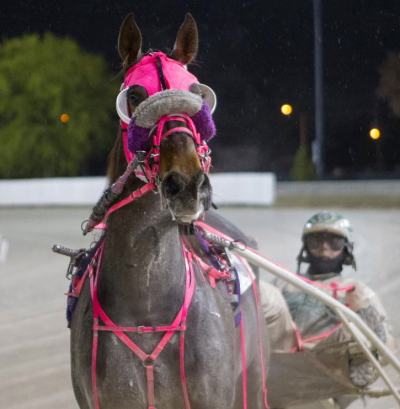 Eleven Illinois bred sophomores entered the initial leg of the Carey including the one, two, three finishers in last season’s two-year-old championship—Meyer On Fire, Maximus and The Bucket in that order, and the draw for posts didn’t go well for any of the likely favorites.

Maximus (Kyle Wilfong), landed the seven slot, Meyer On Fire (Tim Curtin), the eight, and The Bucket (Casey Leonard), the nine and remember with 11 starters there’s a trailer in the second tier. For Friday, it’s Fox Valley Julius (Kyle Husted).

Round one of Friday’s Carey will go as race nine on the 11 race program.

On Saturday, the ICF sophomore filly pacers grab the spotlight with a single $12,500 Plum Peachy opening round division with 11 starters. It’s race 11 on a 13-race card.  The co-feature, is the fourth race $12,000 Open Trot, with posts for the eight horse field drawn by groups. Preceding the trot is the third race $14,400 Bob Larry championship for 3 and 4-year-old male pacers.

On Sunday there are five more inviting purses on the card headed up by the initial leg of the Beulah Dygert Memorial Trot (fillies) and two divisions the Erwin F Dygert Trot (colts and geldings). The trio of ICF 3-year-old stake events all carry a $12,500 purse. 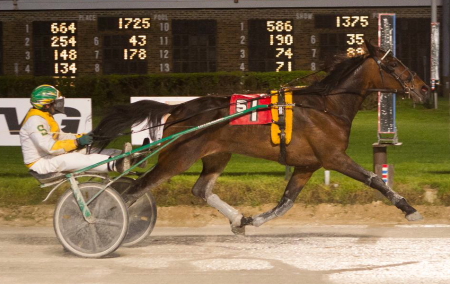 Trouble For All, trained and driven by his owner Larry Lee Smith, will bring a two-for-two record as a 3-year-old into Friday’s $14,200 Daryl Busse final for trotters. (Four Footed Fotos)

Better Card, Better Handle: If you’re curious how well last weekend’s stronger-than-normal Sunday program did with two good size Opens went, the answer is: very well. It produced the first million dollar handle of the meet when $1,034,011 was wagered on its 11 races.