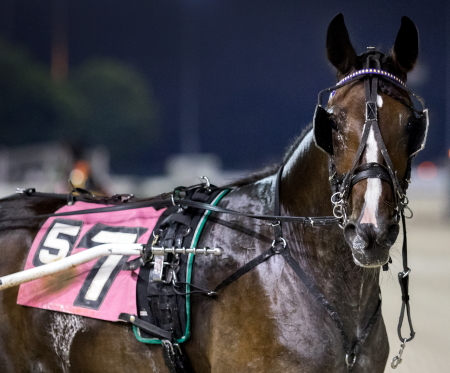 How good is the ICF trotting mare Louzotic?

We’ll get a very good idea tonight when the 2019 Illinois Harness Horse of the Year from the Steve Searle Stable will get her first shot at the top trotters at Hawthorne in its $12,000 Open

Veteran Mike Oosting will take over the lines on the four-year-old home bred mare owned by Flacco Family Farms of Alexis, Illinois. The Lous Legacy mare drew well with the two-slot in the fourth race seven-horse field handicapped by groups (15) (6) and (7).

Louzotic dominated her division as a two and three-year-old, winning 18 of 26 stars, hauling in over $235,000, and capturing back-to-back crowns on Hawthorne’s Night of Champions.

After breezing in her first two starts as a four-year-old, it was just a matter of time for the rise to the Open Trot for the gifted Illinois bred mare. . . and that time is tonight.

Louzotic faces a rugged field in the fourth race with her seven racing winning streak on the line. On her left is Muscular Babe (Kyle Wilfong), fresh off a 1:56. 3 victory. From the three slot out are She’s Got Bling (Todd Warren), Double A Cash Hall (Travis Seekman), Lousraptor (Ridge Warren), Pine Dream (Brandon Bates) with 35 career wins, and the meet’s first Open champion Lindy’s Big Dream (Casey Leonard). 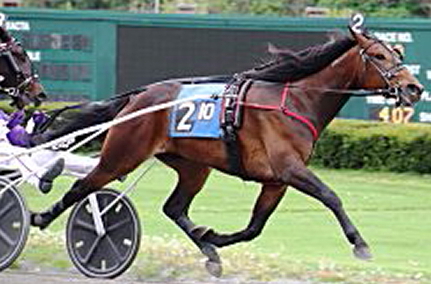 Assigned the outside seven-slot, Lindy’s Big Dream will open as the 5-2 programmed favorite. The five-year-old gelding’s 1:55.4 win on the opening weekend of the meet saw Lindy’s Big Dream trot a quick 26.4 final panel for his new barn.

‘“Lindy’ raced really well,” said Casey. “He’s a very nice trotter. I didn’t know much about the horse when we got him. Tyler (George, owner and previous trainer) filled me in and everything he told me turned out to be true.

“He thought the horse would love Hawthorne’s stretch and he did. Tyler thought he would get around the turns okay, and he did. He’s a good size horse who is well mannered. The horse doesn’t wear anything, not even a head-pole.

“We got a very good trip in his first start for us and that certainly helped us.”

The move from the three post to the outside seven slot will make Casey’s task with Lindy’s Big Bag more difficult. The inside three horses all can leave well and do their best racing up-close.

While the Merv Chupp trained trotter Pine Dream (pp 6) is versatile, the eight-year-old veteran has been best on or near the front, so an early move could be forthcoming from his driver Brandon Bates.

Pine Dream set a leisurely pace on the front on February 15 with a 59.3 first half and couldn’t hold off Lindy’s Big Bang’s strong late surge. You can expect the early fractions to be much quicker tonight no matter which trotter has command.

More Surprises: Betting favorites took it on the chin again last night winning only two of the eight races on the Hawthorne card. Juan Franco brought home two of the longshots, taking the opener with Fancy Creek Jolene ($20.60) and two races later driving Undrafted ($35.40) to a first place finish in the Yonkers invader’s Hawthorne debut.