This weekend’s third leg of the Night of Champion series will go a long way to determining which freshmen will be competing on Hawthorne’s September 22 showcase evening of racing in a championship event.

Tonight a pair of third round series events in the Incredible Tillie for first season ICF filly pacers, as well as the Fox Valley Flan, for juvenile distaff trotters will solidify who are the top contenders in each division, will likely eliminate some of what I like to call the series “pretenders.”

Only the top 10 series point earners will race in a championship, so for some of the filly freshmen racing tonight it’s essential to do well. Next weekend is the fourth and final leg of the Night of Champions series for aspirants and a last chance to advance to a final.

The $15,000 first Fox Valley Flan division is Saturday night’s opener. With many of the series point leaders knocking heads in the ninth race-second split, this is a good situation for some first race trotters to vault from out of  nowhere, to suddenly become possible Fox Valley Flan finalists.

On the other hand, the ninth race-second Fox Valley Flan, has the top three series point earners and it might surprise some as to who holds the top spot. It’s the Mike Rogers Stable’s E L Game On, the recent winner of the Shawnee at Du Quoin. It was her third season victory in nine starts. The other two came in Fox Valley Flan series legs. She’ll be at 9-2 fist flash odds. 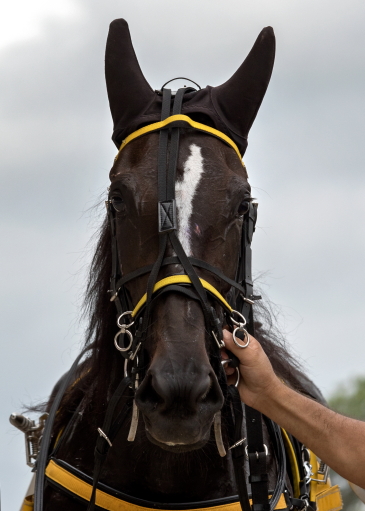 The bulk of tonight’s public’s money however, is expected to go the Jim Eaton Stabe’s Encantado (Casey Leonard) , who skipped Du Quoin, and Louzotic (Kyle Husted), from the barn of trainer Steve Searle. Both have 75 points accumulated with a series win and a second place finish each.

Encantado, programmed at odds of 4-5, swept away the 2-year-old trotting filly competition at Springfield and now sports an impressive record of 4 wins and 1 second in 5 starts. Louzotic, listed at 5-2, has 4 wins, 2 seconds and 1 third in 8 tries and has traded victories with Encantado in their first two Fox Valley Flan meetings.

Third round action in the Incredible Tillie pacing series will go in races two and seven.

The Incredible Tillie current point leader Yankee Joanie (75), landed the outside eight slot in tonight’s second division and comes off three straight sub-par performances On the other hand, most of her seventh race foes are racing well right now and four are currently among the Top Ten point earners in the series.

Perch is listed third, with 50 points after her second leg triumph for trainer Jay Garrels. Fox Valley Lil Kim (pp 4), owned by her trainer Kim Roth, is fifth with 37 points. Fox Valley Torrid (pp 6), brings a three race winning streak into tonight’s contest and is tied for sixth with 26 points.

Foolishlittlegirl (pp 2) has 17 points, good for ninth place. The other second division starters are: Lilly Von Shtupp (5) and Genie The Mooss (2).  Jim Pantaleano is scheduled to come in from Pennsylvania to drive Lilly Von Shtupp, owned by the Megan Rogers Racing Stable of Chicago.

It also should be pointed out that Mike Oosting will not be competing at Hoosier Park tonight or Saturday evening, but instead is at Hawthorne to drive a number of 2 and 3-year-old Illinois bred stake series candidates.

Three-Year-Old Preps: Saturday’s solid card also has a fourth race $10,000 Open, as well as, a ICF 3-year-old prep paces for next weekend’s fourth and final leg of the Robert Carey Memorial and Plum Peachy stake series.

The $8,000 Plum Peachy prep is the tenth and final race on the card, with the Springfield and Du Quoin division titleholder Allbeastnobeauty (Mike Oosting), seeking her fourth consecutive trip to a winner’s circle for trainer Mike Brink.