Homepage
You are here: Home1 / Mike Paradise2 / Draws May Benefit Some Series Longshots

The draws for fourth and final legs of Friday’s Night Of Champion stakes series have brought about a number of interesting story lines. In certain cases it will enable some ICF horses to take a giant leap into a championship event with a strong performance.

The eighth race second $15,000 division landed both of the series top point earners with 100 each—Meyer On Fire (Mike Oosting) and The Bucket (Casey Leonard). They’ve traded wins against each other this summer and a victory tonight would make one filly or the other the likely favorite for next week’s $135,000 (est) championship.

That draw also opens the door for one of the fifth race Incredible Finale competitors to get a high point total and perhaps go from a start in the series consolation to a berth in its championship. Plus, with a $15,000 pot there’s a nice purse check of $7,500 going to the owner of the winning filly. 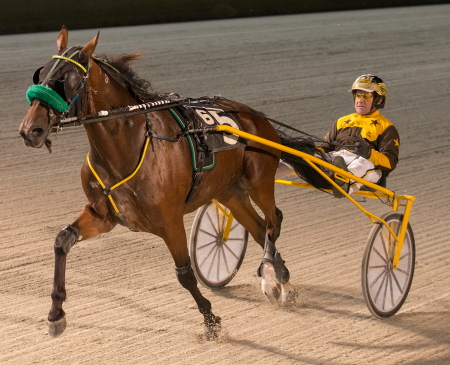 Those three trotters have captured all the Kadabra series legs between them and while Trixie’s Turbo (pp 4, J D Finn), Fox Valley Picaso (pp 2, Casey Leonard) and Louscardamon (pp 6, Mike Oosting) slug it out, two races earlier the series fourth place point earner and even-money program favorite Foxvalleyrushhour (Juan Franco) takes on five trotters who could also advance to the Kadabra final with a high finish.

Lous Endeavor has 25 points, Fox Valley Cruise is at 21.Crackerjack Bill currently holds the tenth and final starting spot with 18. However Swaneelou (14) and For Trots Sake (5) both have an opportunity to vault to a starting berth into the $85,000 championship.

Only Two Won’t Survive: A single Tony Maurello stake elimination will go as Saturday’s 10th race with the first eight finishers in the 10-horse field moving on to the $125,000 championship. Awaiting them is Bucklegirl Bobette and Boogie On Down who drew byes into the championship for state bred filly and mare pacers ages three and up. 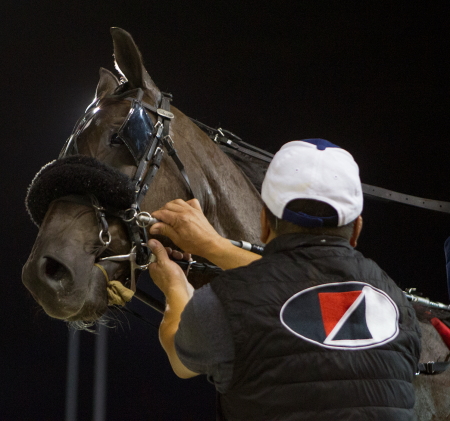 Meyer On Fire has been red hot lately with three wins in a row for the Engel Stable of Buffalo Grove, Illinois. The Sagebrush freshman is shown getting ready to make a visit to Hawthorne’s winner’s circle. (Four Footed Fotos)

With the owners of 13 distaffers making a $500 entry fee an elimination race was necessary. The heavy 6-5 morning line favorite tonight is Peter Karras’ Fox Valley Charm (pp 3, Mike Oosting) with almost $120,000 on her season card racing in Preferred events at The Meadows in Pennsylvania and Open Paces in Ohio.

However the Maurello byes are determined by money earned only at the Hawthorne meeting and because Fox Valley Charm’s didn’t make a start on the local scene in 2018 year the 6-year-old Dirk Simpson trainee will have to finish ahead of a few horses to make the championship.

Since Fox Valley Charm hasn’t started since her two weeks ago on August 31st, tonight’s start was probably welcomed by her connections. A bye would have meant three weeks off before the Maurello championship.

The Right Time: The Megan Rogers Stable’s Valar Morghulis (Jim Pantaleano) picked the right time to get her maiden victory. The Nelson Willis trained freshman was a wire-to-wire winner in the first $15,000 Incredible Tillie stake series and vaulted from 14th place in the point standings to a starting berth in next week’s $130,00 final.

The winning Sportsmaster filly held off the 4-5 favorite Fox Valley Torrid (Casey Leonard) by a head in the 1:53.4 mile for ICF freshman pacing fillies.

In the second “Tillie” division Kyle Wilfong gave the favorite Perch a pocket trip and the Jay Garrels trainee came on to be a one-length winner in 1:55 flat over runner-up Foolishlittle Girl (Casey Leonard). 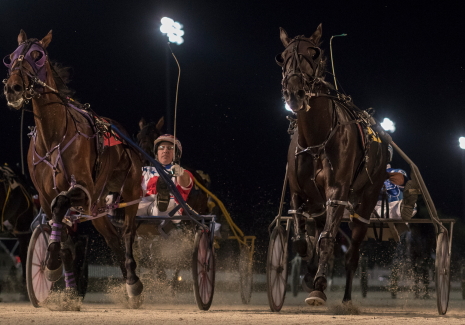 In the Fox Valley Flan series for first season state-bred trotting fillies Loussolataire ($6.00) got a ground-saving journey from driver Casey Leonard and came up the inside lane to beat the heavy 1 to 2 favorite Puddin Cheeks (J D Finn). Notnangel (Ridge Warren) was a close-up third.

The Steve Searle Stable’s Louzotic (Kyle Husted) made it three consecutive victories in the Fox Valley Flan series with her 1:58.3 mile in the second division. E L Game on was second, beaten a little more than one length while the co-favorite Encantado rallied for third.

A month off between starts did a world of good for Fox Valley Gemini (Casey Leonard) as the Terry Leonard trained 3-year-old crushed his foes in the first division of the Robery F. Carey series by more than seven lengths with a1:51.1 mile.

Springfield champion You’remyhearthrob (Kyle Wilfong) had no trouble leading at every pole in his Carey division as the even-money choice. The Brett Wilfong trained gelding defeated runner-up Backstreet Lawyer by one and one-half lengths.

Despite more than two months on the sidelines Unlocked (Jim Pantaleano) captured his elimination division of the Molaro stake by a half-length over Fox Valley Rebel with a 1:51.4 clocking. Also making the final from that elimination were Slzburgerslzurger, Dakota Roadster and Evergreen Elite.

Stonedust (Casey Leonard) powered past in time to take the first Molaro elim in 1:52.1. Joining the Tim Clevenger 4-year-old in the final were the second through fifth place finishers He Gone Jack, Dakota Jack, Fox Valley Reggie and Sporty Redhot.