Homepage
You are here: Home1 / Mike Paradise2 / Finally Light at the End of the Tunnel

When the news came out in June that the Illinois legislators passed a long overdue Gaming Bill and that this time around we actually had a sitting governor, who would happily sign it into law, there were a lot of people in our industry wearing smiles on their faces.

For some of us old-timers the belated gaming bill passage probably came too late, but for those younger men and women in the industry it didn’t.

It represented the difference of not having to leave Illinois to make a living and instead remain in our state to pursue their lifelong dreams, sometimes as a second, third or even a fourth generation horseman. 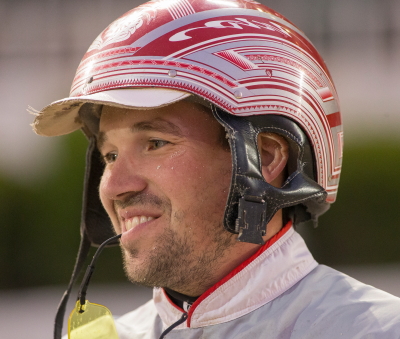 Twenty nine-year-old driver Travis Seekman is one of those who “breathed a sigh of relief”, when the 2019 Gaming Bill was passed.

“It meant that people like me didn’t have to go out of state and search for a place to work, said Travis. We know it’s going to take time to get harness racing in Illinois back to what it should be, but everything is now in place to make that happen.  At a recent meeting with IHHA officials we were told that in about three years, the stake finals at Springfield and Du Quoin would be going for $125,000 (compared to $40,000 now). The Illinois bred championships on the Night of Champion finals would grow to around $300,000. Obviously, that’s great news for all of us in the industry.”

Travis is the son of the long-time successful horseman Joe Seekman, with over 1,300 wins as a trainer, including victories in the Windy City Pace, the American National, numerous Hanover’s, and the Meadowlands Pace.

Travis closest friends at Hawthorne are fellow drivers Kyle Wilfong and Ridge Warren.  Travis stated, “we all began our (professional) driving careers in Illinois around the same time (both Seekman and Warren in 2008 and Wilfong in 2010). We’re all pretty competitive so of course, we like to beat each other. We often hang out together. In fact Wilfong and I go on a winter vacation every year together.”

Seekman gets first call on the horses of trainer Perry Smith, a former leading trainer at both Maywood and Balmoral Parks.

“That’s a good account to have,” Travis quipped. “Perry is very good trainer and classifies his horses well.” 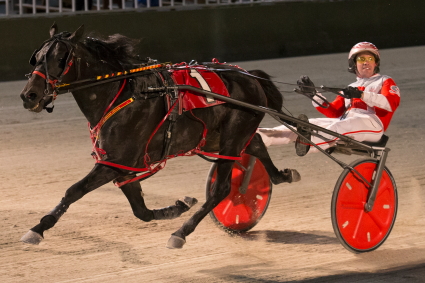 Tonight Travis is driving Smith’s ICF pacer Dakota Roadster (post two), in the featured fifth race $9,500 conditioned pace. The race is really more of an Open II event. Six of the nine starters are coming out of an Open I race and the three others have competed in Hawthorne Opens at the meet.

“Dakota Roadster is a stone closer,” said the Kalamazoo, Michigan native. “The horse doesn’t have any gate speed, but he can really turn it on in the stretch.”

Proof of that was Dakota Roadster’s 25.3 last quarter on June 21st, when the 7-year-old pacer went from ninth at the three-quarters to first at the finish wire at Hoosier Park in a new lifetime mark of 1:51.

Does the fact that Travis has driven both horses help him in tonight’s race?

“It can,” he replied. “I know those horses tendencies, but it just depends how the race develops. You just have to play your hand as things come about.”