The winter in between and a two-year-old horse and a three-year-old looms large in the horse racing industry.

You’ve read countless times how a horse “matured” over the winter or “filled out” substantially, and that’s the reason for a more successful sophomore campaign.

Of course, it doesn’t always come about that way. Some horses don’t grow much over the winter, and some don’t improve their mental aspect of becoming a racehorse, but for the most part the opposite is true.

One three-year-old to keep an eye on this summer is Fox Valley Crete who hails from the Nelson Willis stable. “Spider,” as Nelson is known affectively by his follow horseman, is one of the most respected Illinois horse conditioners and one of the most successful as well. 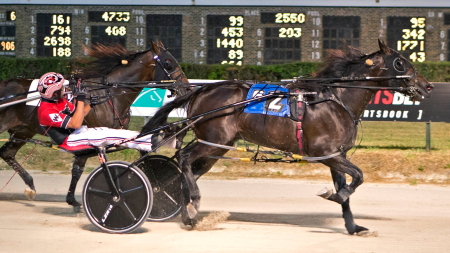 Fox Valley Crete was the “sales topper” two years ago at the Illini Classic Sale, acquired for $52,000 by the Megan Rogers Racing Stable of Chicago, Illinois. The Sportsmaster gelding had an “okay” freshman season, earning over $25,000 however found the winner’ circle just once in10 starts. That victory came in a leg of the Incredible Finale series, but it came against a field without the top two juvenile colts—Fox Valley Ozzy and Get E Up.

In the other Incredible Finale legs Fox Valley Crete finished either second or third to the top pair.

Off what we’ve seem this far at Springfield, Fox Valley Crete could be giving Fox Valley Ozzy and Get E Up all they can handle this summer. “Crete” has breezed in three downstate starts with Juan Franco at his lines and should be a confident pacer heading into the opening of racing at Hawthorne next week.

Looking ahead, Willis is optimistic on his horse’s three-year-old campaign.

“He’ll be a better horse this tear,” said Spider. “He had some health issues that are now behind him, and he should be able to hold his own with (Kyle) Husted’s horse (Get E Up) and (Gary) Rath’s good trotter (Fox Valley Ozzy.)

Will Fox Valley Crete be as good as is older brother Fox Valley Ren? Only time will tell. Both are out of the broodmare LR Dancing Dream. “Ren” has developed into a solid ICF open pacer. He raced out of Willis’ barn at two and three and part of his four-year-old season before he was acquired by the Steve Searle Stable. 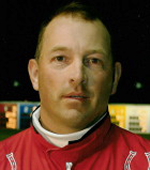 Congats Todd: Chicago circuit-based horsemen Todd Warren sent out his 1,000th winning horse as a trainer earlier this week at Oak Grove Raceway in Kentucky when Eye on A Tiger AS won the $22.000 Open trot in 1:53.1. Todd’s son Ridge drove the milestone winner.

A Golden Win: Three-time ICF Illinois Harness Horse of the Year Fox Valley Gemini (Casey Leonard) picked up his 50th career victory yesterday at Springfield with an easy eight length romp (1:52.3) in an Open Pace. The seven-year-old star of the Terry Leonard stable now has a career bankroll that sits at over $630,000 for Atwater, Illinois owner, Jim Ballinger.