Illinois conceived and foaled 2-year-olds will take over the public’s attention this week at the Hawthorne summer meet beginning with Thursday night.

The first leg of the Fox Valley Flan stake series for juvenile trotting fillies enticed 13 entries and was split into two $12,500 divisions. The initial leg of the Kadabra for trotting colts and geldings attracted the same. They’ll go as the first four races on Thursday’s program.

It’s very early in the 2-year-old. There will be three more Fox Valley Flan and Kadabra legs contested, before the top 10 point earners are established for the estimated $100,000 finals on the September 22nd Night of Champions. 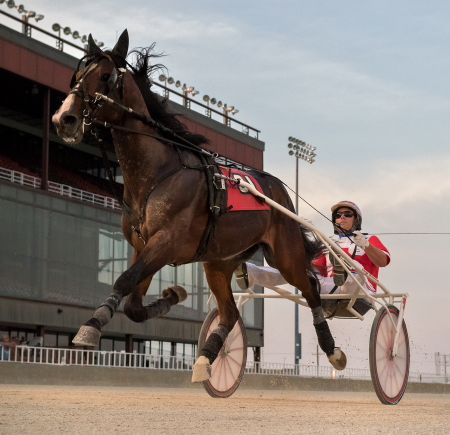 Nevertheless, the recent Violet and Cardinal results indicate that division winners Heidi High and Encantado in the filly section and Fox Valley Picaso, along with recent winner Hawthorne Prince Cassis, are among the colt and gelding Night of Champions nominees already appearing to be major contenders on the march towards Hawthorne’s showcase evening of the meet.

Heidi High has breezed in her first two starts for her owner, trainer and driver Charles Arthur and landing the pole position in the first Fox Valley Flan split should see her go right to the front again. She’s been in 1:59.1 twice and won her Violet division by almost five lengths.

The Jim Eaton stable’s Encantado (Kyle Husted), certainly came out ready for her debut when she was the best in her Violet split. The filly left from the 8-slot in a 9-horse field in her June 17 debut. Tonight she moves inside to the three.

Friday I’m In Love (Casey Leonard), from the always strong trotting division of the Mike Brink stable, was second to Encantado in their first match-up, beaten less than one length. The filly should get plenty of play tonight with the meet’s leading driver back at her lines. 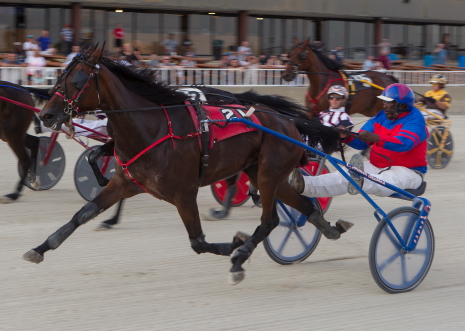 Cardinal champion Fox Valley Picaso (Casey Leonard), was hammered down to 1 to 5 in his 2:01.2 winning debut after an impressive 2:00.1 in Hawthorne qualifier two weeks earlier. With the one-post again, in the first Kadabra division, the Herman Wheeler freshman will probably go off as a prohibitive favorite, when he takes on five first season foes in the Thursday opener.

Trixie’s Turbo is out of the broodmare Tropical Trixie, making him the younger brother of past ICF multi-stake champion Captain Greedy (1:55.4), and current the Hawthorne trotter Trixie’s Jethro.

The opening legs of the Incredible Finale stakes series for state-bred colt and gelding pacers will be raced Friday night, while the ICF juvenile pacing fillies will tangle Saturday evening in the first rounds of the Incredible Tillie series.