It’s been three weeks since the first legs of the Incredible Tillie stake series have been raced and a lot of things can change in the freshman filly pace series in that span of time . . . and it has.

As we head into round two of the Fox Valley Flan Friday night, the first leg winners Fox Valley Halsey and Yankee Joanie were both beaten, knocked off by a couple of first-time starters making the sometimes cloudy juvenile filly division even murkier than expected.

Friday night’s two $12,500 “Tillie” splits could clear things up . . . but maybe not. Perhaps, when the first and third race stake series events are over the division will be even more ambiguous.

The Nelson Willis stable’s Fox Valley Halsey (programmed 7-5, Casey Leonard) and Herman Wheeler’s Yankee Joanie (listed at 2-1, Ryan Anderson), meet up for the first time in Friday’s opener. Both picked-up 50 series points with their first Incredible Tillie wins and Yankee Joanie’s followed a 1:57 victory in a division of the Violet. 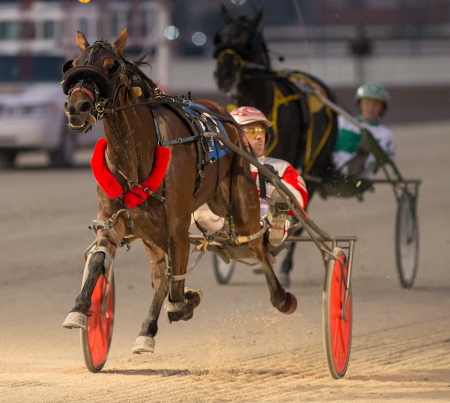 The third race second “Tillie”, also landed Winter Gram (9-2, Ridge Warren), a Violet winner in mid-June. The Tom Graham Jr. trainee has finished in the top three in all five career starts. (She was disqualified to fourth in her Incredible Tillie outing).

The longshots hope in the race are Genie The Mooss (Gary Rath), Fox Valley Lil Kim (Tim Curtin) and the firs-time starter Lilly Von Shtupp (Juan Franco), a name that might ring a bell with those who were moviegoers in the back in mid-1970s.

Lilly Von Shtupp (played by Madeline Kahn) was a character in the Mel Brooks the western spoof hit Blazing Saddles, a hilarious comedy that would have been shut down by the P.C. Police now days.

Lilly Von Shtupp, the horse, is from the barn of Nelson Willis and she’s the full sister to Fox Valley Hijinx, a Carey leg winner earlier this summer for the Kyle Husted Stable. 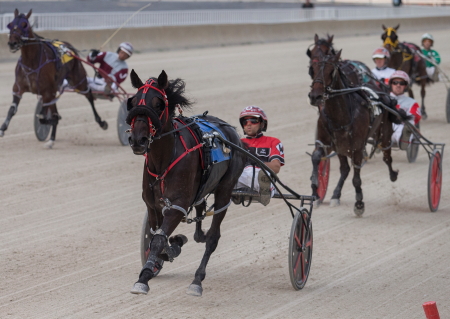 Brienne The Beauty raised a lot of eyebrows (mine for sure), with her 1:56.2 victory a week ago, when she sped her last quarter in a quick 26.3 with driver Travis Seekman, zipping past both top-notch ICF filly freshmen Fox Valley Halsey and Winter Gram.

Fresh Cut (Juan Franco) and Fox Valley Reggie (Kyle Wilfong), will leave from posts 6 and 7, respectively. The likely favorite going to the gate, is the Terry Leonard Stable’s Ponda’s Prospect (pp 8, Casey Leonard), second best in 2 of his last 3 starts, all Open Paces. The ultra-consistent pacer Terror Of The Nite (Kyle Husted), has the outside nine-slot in search of his eighth win of the year.

Freshman Stake Preps were Intriguing What’s In A Win Streak?
Scroll to top