Homepage
You are here: Home1 / Mike Paradise2 / It’s Time to Turn the Page

As we turn the page on our calendars to the month of August we can see some significant happenings concerning the 2019 season of Illinois harness racing.

With the Illinois County Fair Circuit in the middle of its peak time of conducting races at various fair tracks, the State Fair meet at Springfield on the horizon (Aug. 9-15), and racing at the Du Quoin State Fair a week later (Aug. 24 and 25), Hawthorne will now revert back to its earlier three days a week format. 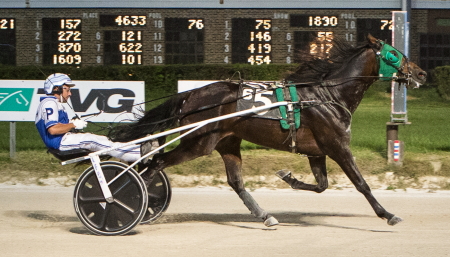 Hawthorne’s Friday-Saturday-Sunday racing setup will continue during the entire month of August. Thursday racing will return on September 5th and remain through the end of the summer meeting on Monday, the 22nd of September.

Two Will Do: Last weekend’s third legs of the ICF three-year-old Night of Champion stakes series shook up two division point standings and solidified that another appears to be strictly a two-horse race.

Heidi High (Juan Franco) and Louzotic (Casey Leonard), were only noses apart in the third round of the Beulah Dygert Memorial stake for sophomore trotting fillies with the former getting her nose in front at the wire for trainer an owner Charles Arthur.

Only four other fillies went postward and none were closer than 3 and 1/2 lengths at the finish to the one-two finishers.

Standings Shuffled: On the other hand the division of the Erwin F. Dygert Memorial series for male trotters got more jumbled, when the Kennedy Lindsey stable’s Lourhianon (Luke Plano), won its third leg with conviction. The victory vaulted Lourhianon into third place in the current standings with 75 points.

Lousraptor and Louscardamon each won a division of the series first two legs. However, Louscardamon (101), went off stride Sunday and didn’t make the gate, enabling Lousraptor to be alone in the top spot with 125 points after his second place finish. 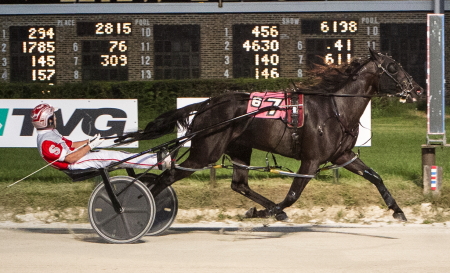 Up for Grabs: The Plum Peachy 3-year-old pacing filly series figured to be a crapshoot all season long and it looks like it will be after Saturday’s third legs, when the heavy 1 to 5 betting favorites Fox Valley Halsey and Fox Valley Torrid both loss to pair of Megan Rogers Stable’s fillies each driven by Travis Seekman.

The Nelson Willis trained Lilly Von Stupp, bested stable-mate Fox Valley Halsey, to move into third in the filly standings with 75 points. “Halsey” is fifth with 41.

Valar Morgahulis’ second division victory propelled her into second place with 87 points, trailing only the Plum Peachy standings leader Perch with 108.  Fox Valley Torrid (76), got only a single point for starting Sunday after she went off stride and finished last.

Brienne The Beauty (sixth with 39) and Fox Valley Lolo (seventh with 38) are very much in the hunt for a starting berth when 10 fillies line-up across in the Night of Champions final.