Homepage
You are here: Home1 / Mike Paradise2 / Maggie’s Back and She’s Not Alone 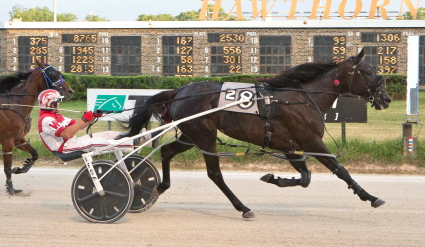 “Maggie’s Back in Town!”

In fact, Magee Rhee was so good she eventually had to be written out of the top distaff Open ranks so some of the mares in the division could make enough purse money to stick around.

After three months of R & R Warren has her back in action for tonight’s third race co-feature. With such a long time in between starts you would think the talented mare would need a start or two before she’s on or near the best.

The morning line “oddsmaker” obviously thinks so because “Maggie will open up as the 3-1 second choice in the program. 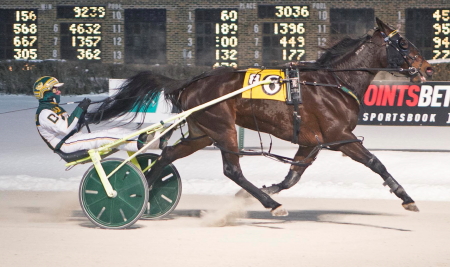 The Jesse De Long home bred was two lengths the best in 1:53.2 after being bet down to 3 to 5 odds. The five-year-old daughter of Always A Virgin, out of Jesse’s Sportsmaster mare Mrs Grant Seven, has now won 3 of her 4 last starts, the first two coming in Ohio.

One is Enough: A couple of days ago I wrote that Hawthorne Racing Secretary Robin Schadt was one horse “short) was going with the $13,7000 Open. Well Robin got her horse and tonight we’ll get to see five pacers chase the two-time Illinois Harness Horse of the Year He’zzz A Wise Sky wound the one mile oval.

Wyatt Avenatti put his four-year-old pacer Mystery in the entry box for tonight knowing he would get assigned the one-slot and enabling this co-feature will go as race No. 5.

In between Mystery and He’zzz A Wise Sky, dispensed with the outside six post, are The Thunder Rolls (Kyle Husted), Straight Up Cool (Todd Warren), Francis Underwood (Mike Oosting) and Gotham Hanover (Travis Seekman).

Talk About a Turnabout Any Questions?
Scroll to top