You might call the veteran trotter Pine Dream the horse that keeps on giving.  As far as the Merv Chupp Stable is concern, the now nine-year-old gelding has delivered in a big way since he was purchased some three years ago.

Sunday night the perennial money-maker of the Chupp stable looks to make another substantial contribution to the family’s bank account when he leaves as the likely favorite in the $12,000 Handicapped Open Trot.

It’s an event Pine Dream has already won five times this season, twice at Hawthorne, and last weekend he did it coming from far out of it, an unexpected change from a horse who usually does his best work on or close to the front-end.

Saddled with the outside ten-hole by the Hawthorne Race Office, regular driver Todd Warren took Pine Dream back at the start and the pair were ninth, about eight lengths behind at a half, trotted in 57.3. with the outer flow going nowhere.

Warren had to wait until the field came out of the final turn to get his trotter into high gear and when the son of Pinetucky was asked to deliver the goods he did so, coming down the middle of the track with a wicked 26.3 last panel and overtaking Walter White (Ridge Warren) in deep stretch.

The victory was Pine Dream’s 25th since he joined the Chupp stable and No. 20 in a Midwest Open’s for the Indiana native.

Chupp paid $27,000 when Pine Dream was a six-year-old at the 2018 Blooded Horse Sale and the trotter has since banked more than 10 times that amount since he was acquired.

Pine Dream sold for less than what Merv thought he would go for and later he found out why: Some people in Ohio called the horse “an idiot.”.

When Merv got his trotter back to his Crete, Illinois farm he began realized he could have his hands full with his talented but erratic trotter.

It took a long while and a lot of hard work for Merv and his wife Kelly to make the horse happy and productive and it has paid off handsomely. Pine Dream has earned $281,872 for the Chupp’s and shows no signs of slowing down at the age of nine and with 185 lifetime starts on his résumé.

Pine Dream was again delegated the outside post in Sunday’s second race feature but with only five other foes inside of him, so don’t be surprised if his driver again changes tactics with the trotter.

The ICF mare Louzotic (Casey Leonard) was allocated the pole position. Posts two and three were drawn with Walter White getting the two (Ridge Warren) and Silverhill Volo (Jim Lackey) on his left,

Maggie Is Back: Patiently handled by her trainer Todd Warren, Maggie Rae ($5.00) put at end to her recent runner-up role and overpowered a field of seven other rivals in Saturday night’s $12,000 Open Pace for fillies and mares.

Burdened with the outside eight post, Warren took the 1-2 public’s choice back at the start and was about a dozen lengths behind Rock It Out when she wrestled command away from Fox Valle Exploit at the quick 27.1 first quarter pole.

Rock It On remained on top at the 55.1 half and Maggie Rae was still trailing the field, some nine lengths back when last week’s Open winner U’ll Learn made her move from seventh (Ridge Warren) and Todd quickly put his mare’s nose on his son’s helmet.

Down the lane there was no question Maggie Rhee was full of pace and the four-year-old mare blew past the leaders, winning by one and one-half lengths in 1:51 flat for Illinois owners Wilson Racing Stable (Martinsville), Norman Neil (Roselle) and Mark Eichberger (Chicago).

It was the third Open season victory at Hawthorne for Maggie Rhee to go along with three second place finishes in six trips postward, 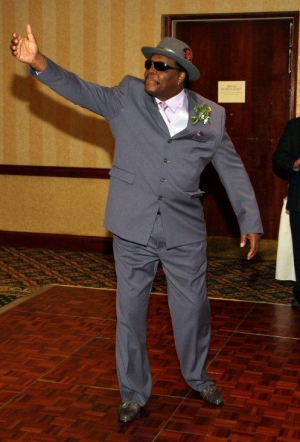 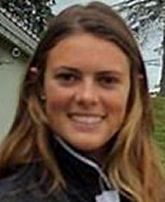 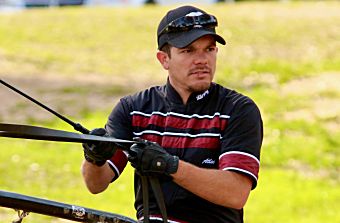