Homepage
You are here: Home1 / Mike Paradise2 / Problems Have Solutions

One more, or less, entry into an ICF stake race can make a huge difference for an owner, a trainer, and those fans who like to wager on Illinois racing.

Well consider for the second consecutive Sunday an important state-bred trotting stake event— which there aren’t many now a days—will not offer wagering and probably won’t be seen by most of the owners of those participating trotters. Owners are currently not allowed on the backstretch unless they are an essential caretaker for a horse.

And don’t look for the result of the race tomorrow on the Hawthorne web-site because its posted charts don’t display non-wagering races. What’s more at least some ADW platforms, such as Express Bet (the one I use), do not make available these early stake events without betting on their “Replays,” so you can’t even view them later for handicapping purposes .

At a time we’re at an all-time low of ICF yearlings in our state do we really want to do anything that discourages owners from investing in our industry? 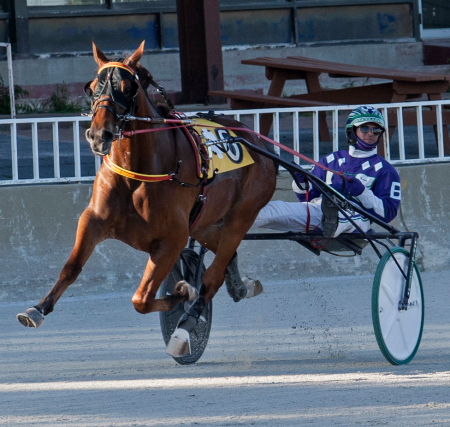 Since it’s possible we won’t have any spectators allowed at Hawthorne for the entire meeting, maybe it’s a good idea to see if we can make all the rest of our ICF stake races wagering affairs, at least for this season so they can be available on ADW platforms.

At this crucial time the need for more races on a nightly program is very much necessary. The working people in our industry have been hit hard by the Covid-19 shutdown and additional races will give them the more needed racing opportunities to try out a living .The devastating virus has produced a lengthy lockdown, costing Illinois horsemen close to 40 days of racing and doing much the same to the other racing venues nation-wide.

The Hawthorne race office entry box has been overflowing every week since we’ve been back racing. It’s the same elsewhere in the country as well. The Meadowlands Friday and yesterday had huge 18-race programs while Northfield had an abundant 16 contests. The Pennsylvania tracks racing this Sunday have 14 race cards.

A possible solution to this problem on the local scene is to race ICF stakes with less than full fields early with wagering making for some 15-race Sunday betting cards. The second round for the three-year-olds march to the Night of Champions is back on the agenda next weekend and the ICF two-year-olds stakes begin on July 10. For that matter, from July 10 to the end of that month there are state-bred stakes every weekend, perhaps some again with not very large fields.

During these extraordinary and troubling times perhaps Hawthorne management and the IHHA could get together and agree and request the Illinois Racing Board an earlier 6:30 Sunday post for 15-race wagering programs until August. I’m thinking a likely sympathetic IRB would probably grant their wishes.

It’ll make for a long day at the track for some horsemen but long days are commonplace for most who work in our industry. For example today many drivers and trainers have to be at the track in the early afternoon with seven qualifiers for two-year-olds set to be run off starting at 3:30 pm. The last Sunday wagering race will go off after 11:30.

Problems have solutions, so let’s quickly get our current dilemma fixed.

Worth Watching: With one less horse (11) in tonight’s Cardinal trotting stake than last week’s first leg (12) of the Erwin Dygert stake series, the three-year-old event for male trotters goes for a pot of $45,900 and as Sunday’s tenth race. Last week’s Opening round on the road to the Night of Champions quietly went off non-betting around 6:30 pm.

The Tom Simmons Stable’s Fox Valley Quest will try to make it back-to-back stake victories after winning his division a week by almost six lengths in 1:57.4. However, last year’s ICF freshman male trotter of the year landed the eight-slot in the 11-horse field, so he could have his work cut out to repeat.

Desert Sheik (Brandon Bates) who had a game neck triumph (1:59) in his Dygert division didn’t draw much better with the seven. Desert Sheik is one of four Mike Brink trained trotters in the Cardinal. Stable-mate Crooked Creek (Mike Oosting), a 2019 Night of Champions winner has the two-post after going off a stride a week ago. Brink also sends our Fox Valley Briton (pp 3, Todd Warren) and On Higher Ground (pp 11, Kyle Wilfong). 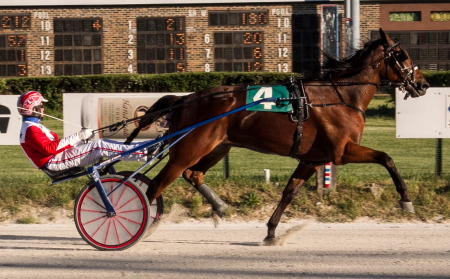 Fox Valley Gallant (Casey Leonard) looks to make it back-to-back winning ICF stake event when he goes to the gate in Sunday’s $45,900 Cardinal trot for three-year-old colts and geldings. (For Footed Fotos)

Sound like a very good race to watch and wager on.

Fox Valley Exploit ($2.80) overtook the pace-setting Sleazy Gal (Casey Leonard) in the lane and drew off by four-plus lengths in her 1:55.2 Violet triumph for driver and trainer Kyle Husted. The Violet and other later races were contested on a sloppy surface after rain pelted the racetrack about mid-way of the 13-race card.

Who Comes Out on Top This Time? It’s Good and Plenty Time
Scroll to top