Homepage
You are here: Home1 / Mike Paradise2 / Round One with More to Come

Last season’s ICF freshman pacing division was a doozie. After a summer of hard fought battles it all came down to the Night of Champions to decide its champion. We can expect the 3-year-old division to be just as competitive and the good news is that we won’t have to wait long to see how round one turns out. 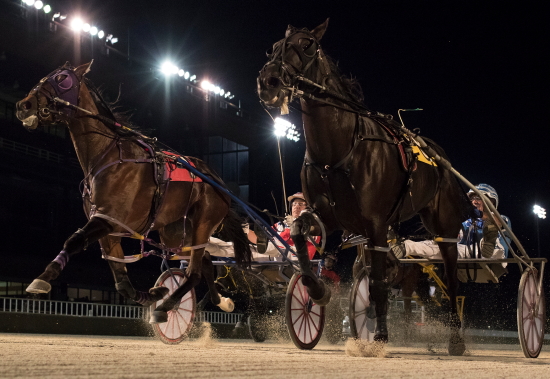 Casey piloted Fox Valley Torrid to a second over winning trip on the Night of Champions to propel her first season’s earnings to $85,540 for Fox Valley Standardbred s of Sherman, Illinois. Rodney Freese trains the daughter of Yankee Skyscraper who finished worse than third only once in 11 trips to the gate.

Valar Morghulis didn’t make her debut until late July for the Megan Rogers Stable of Chicago and one month later was a game second in the Du Quoin championship with Franco. The Sportsmaster filly beat Fox Valley Torrid in the fourth and final leg of the Incredible Tillie Series before giving way to her rival in the championship.

As a 2-year-old Perch was always right there for trainer Jay Garrels, doing her best racing coming off a helmet. The Duneside Perch home-bred filly was third or better in all nine starts for owners Del Insko Racing Stable of Beloit, IL, Susan Marie Garrels of Shipshewana, Indiana and Clinton, Wisconsin trainer Jay Garrels. Perch put over $45,000 on her freshman card and twice took series legs of the Incredible Tillie.

Fox Valley Haley had some poor racing luck in the “Tillie” Final. She was given a pocket trip by Oosting but couldn’t get out in the lane and ended up fourth. The Sportsmaster filly proved best in both the Springfield and Du Quoin State Fair championships and in two division legs of the Incredible Tillie 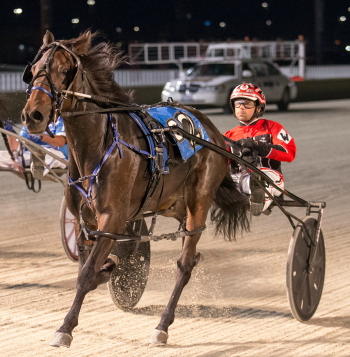 Perch (Kyle Wilfong) looks to keep her record of finishing third or better in every start when she makes her 3-year-old debut in Sundays feature race. (Four Footed Fotos)

Chalk Up a Pair: Unlike Friday’s Open when Skyway Booster pulled off a big upset at odds of 18-1, Saturday’s two Opens saw the “chalk players” have things go their way

The prohibitive 1 to 5 favorite Pine Dream, worked his way to the front soon after the first quarter, trotted a pair of soft middle quarters (29.1 and 9.4) and coasted to a three length triumph in the $12,000 Open Trot with driver Travis Seekman.

Picky Picky Valor (Casey Leonard was clearly second best in his 2019 debut while Big Expense Kyle Husted) was a non-threatening third in the 1:55.2 mile.

Pine Dream’s win was his fourth in 14 season starts for the Chupp Racing Stable. The 7-year-old gelding has now banked $77,245 for his Crete, Illinois owners.

One race later Rodney Freese’s Pretty Image showed why she deserved to go off at overwhelming 1 to 9 odds in the $12,000 Open for fillies and mares.

Driver Tim Curtin grabbed the 5-year-old mare back at the start and settled her into sixth and last in the first turn. Curtin took Pretty Image out after a 28 first quarter, stepped on the gas, and the talented mare uncorked a sub 27 second quarter, storming from first to last while making up eight lengths on the leader.

Pretty Image showed her heels to her five rivals from that point on, pacing a 27.1 last panel at the end of a 1:53.1 mile. Boogie On Down (Kyle Wilfong) raced well to be second behind the impressive $2.20 winner.