Illinois based horseman Nelson Willis has been around a long time and like many veteran trainers he knows to have his horses as sharp as possible at the right time and, of course, that time is when a Super Night type of racing program rolls around.

And that special evening is this Saturday night when Hawthorne hosts it’s Night of Champions.

Willis has had more than his share of “Super Night” champions, and it wouldn’t be a surprise to see him in the winner’s circle after this year’s showcase event for Illinois Standardbreds are contested. 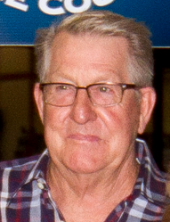 Nelson, or “Spider” as he’s affectionately known to many of his fellow horsemen, sent out a trio of horses in last weekend’s eliminations or preps, and all three joined their respected conditioner in the Hawthorne winner’s circle after their races.

The fact that Annas Lucky Star, Willis’ his star horse in the stable was victorious, was expected. The now eight-year-old mare has been dominating her ICF division for years and that’s why she went off at heavy 1 to 5 odds with driver Kyle Wilfong and coasted to her 54th career triumph.

“I’ve had her all the while,” Nelson. “She’s the best of those Illinois bred mares and can compete with the males, too. She’s always been a low maintenance horse that takes care of herself and knows what to do on the racetrack. She goes about her business of winning races and makes $50,000 to $60,000 a year. She’s made over $576,000 in her career.”

On the other hand, Spider’s two other weekend winners, Fox Valley McKee ($20.60) in a Fox Valley Flan elimination division and Fox Valley Crete ($24.60) in the Robert F. Carey Jr. Memorial prep, were going against a pair of 1 to 9 prohibitive favorites (Illini Jetset and Fox Valley Ozzy) and yet Kyle Wilfong drove both to narrow victories. 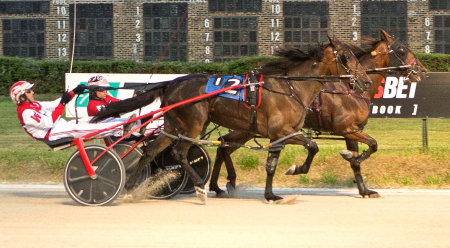 Going into last weekend Fox Valley McKee was the victim of some journeys that certainly didn’t go his way. However, in his elimination Kyle took her to the front, coasted to a soft second quarter (29.2), and although briefly passed in the lane, came back for a head victory in a season best time of 1:53.4.

“She’s a better horse than her record indicates,” said Willis. “She’s had a lot of terrible trips. For a change she got a good one the other night. Made the front and controlled the race.”

Fox Valley Crete was fourth best in his sophomore division for much of the season before winning at 11-1 odds last Friday. Wilfong gave the Sportsmaster gelding a shrewd winning journey for Chicago owner Megan Rogers Racing Stable Inc.

Racing fourth to the half (:57.1), Kyle pulled Fox Valley Crete on the backside and flushed out Fox Valley Ozzy out of the pocket, stalking the horse to beat in the stretch, and getting past in the late going with a 26.4 last quarter to gain a neck decision in 1:52.4, more than three seconds faster than his pacer’s previous best winning time.

‘He’s another with some terrible trips this season,” continued “Spider.” “He’s been locked-in, forced wide, things like that. He can race with those other Illinois bred 3-year-olds. Last weekend (Kyle) Wilfong gave him a nice trip and you saw what t horse did with it.”

Like it says, “you just never know.” Night Of Champions Program Here
Scroll to top