With a highly successful lunching of its Juneteenth Celebration race last year this season’s go around moves to Springfield and a day early because of racing being Dark on Sunday, June 19th.

The initiative to spotlight participation by minorities in the historic sport was championed by the Illinois Harness Horsemen Association and the initial Juneteenth Celebration event was well received by the national media.

Today’s Juneteenth Celebration race is an $5,000 Invite with five horses entered, all driven by African-American horseman. It’s carded as race eight on the 10-race program.

Hosea Williams, an Illinois Harness Hall of Fame inductee for lifetime service and dedication to the industry, some 40 plus years ago was the first minority horseman to become a “regular” on the Chicagoland harness racing circuit and was proud to be a part of last year’s inaugural event.

“Seeing a race full of Black drivers steering horses down the homestretch makes it easier for the next generation of horsemen to imagine themselves as integral to the success of this industry,” said Hosea Williams, a board member of the Illinois Harness Horsemen’s Association after last year’s initial Juneteenth race. “When I started racing horses here, I was the only Black driver; now there are many more of us. This is about representation and visibility, and I’m really thankful to Hawthorne and my fellow horsemen for supporting this.”

This year Hosea has the pride of his stable going post in the second rubbing of the Juneteenth event. She’s Rollin Coal, the seven-year-old mare with lifetime earnings of over $257,000, mostly banked by taking on the top open company pacing mares on the circuit. 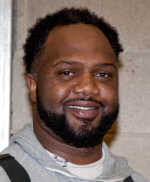 Jamaica Patton drove last year’s Juneteenth winner Todd’s Party and the Mississippi native will steer one of the race favorites in Ron Steady Rock. The seven-year-old Patton trainee paced a winning 1:49.4 mile at Lexington last year and his $49,090 earned thus far this season is tops in the Invite field.

Night of Champions victor Lousdobb, fresh off a 1:59.4 victory a few weeks ago at Springfield takes on Illinois Two-Year-Old Colt of the Year Fox Valley Cairo, who also romped on May 29th in 1:59 flat.

With Casey Leonard opting to drive Steve Searle’s Lousdobb, trainer Mike Brink will guide Fox Valley Cairo today, the winner of six of 11 outings as a freshman with over $95,000 banked.

Armbro Lark, the Fox Valley Flan 2021 runner-up, will use her gate speed from the rail to be in the thick of today’s contest. She made over $78,000 as a juvenile and has Terry Skinner in her bike today.