It’s another week of ICF stake competition on tap at Hawthorne with this time 3-year-olds of both gaits in the public eye and getting all the attention.

On Friday’s it’s showdown time in the $27,200 Violet Final for state-bred sophomore fillies. On Saturday evening, the second season Illinois bred colt and gelding pacers take over the spotlight on the big mile in-town track with the $27,400 Cardinal championship on the line.

Last weekend’s elimination races made the outcome of Saturday’s Cardinal Final even cloudier than before they were raced. Going into the elims two-time Carey stake series champion Fox Valley Nemitz sat atop the division and the likely clear Cardinal favorite.

And the Kim Roth Stable’s Sporty Redhot, was the even-money public’s choice in his Cardinal elimination after a determined effort in his Carey stake race week earlier.

As it turned out both pacers came up with sub-par performances Saturday and barely made the final with their respective fifth place finishes.

Fox Valley Nemiitz made an uncommon break last weekend, while Sporty Redhot might have made one move too many in back-to-back races and was on empty in the lane. 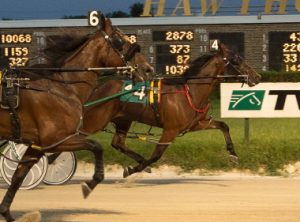 The Freddie Patton Jr. Stable’s Fox Valley Reggie hadn’t won a race in five season starts, however, that all changed Saturday. The pacer stood out in his Cardinal elimination with Tyler Shehan at his lines and won comfortably in 1:52.2 leaving no doubt he’ll be major contender in the championship.

Ima Skydancer ended a four-race losing streak in his Carey triumph less than two weeks ago with Tim Curtin and then held on with Tim in his Cardinal elimination to make it back to back wins and both sub 1:53 miles. The Mike Brink trainee has also shown he can get it done on or off the pace.

On Sunday it’s the ICF sophomore trotters that will be front and center with the cream of the respective divisions facing-off in those 3-year-old Violet and Cardinal championships.

In Case You Missed It: Casey Leonard had another banner weekend at Hawthorne. The meet’s leading driver brought home nine first place horses in a three night span, starting with last Friday and four of those winners came in the Cardinal and Violet stake finals for ICF 2-year-old pacers and trotters. 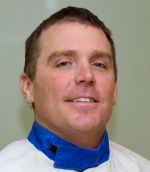 On Saturday Casey first delivered the Terry Leonard Stable’s Fox Valley Gemini to the winner’s circle in the $29,800 Cardinal Pace Championship and then came right back and guided Hosea William’s Rollin Coal to her triumph in the $28,500 Violet Final.

Sunday night it was the Violet and Cardinal freshmen trot showdowns and Casey again delivered the goods when the Mike Brink Stable’s Maui Mama seized the $22,350 Violet and then the Curt Grummel Stable’s True Detective was four-plus lengths the best with Casey in the $19,750 Cardinal Trot finale.

Going into this week Casey has 90 winners at the Hawthorne meet, far and away more than any other driver. Horses he has driven are closing in on $600,000 in purse money. Casey’s UDRS stands at a lofty percentage of .382, the highest since the 39-year-old became a full-time driver on the Chicago circuit nine years ago.

Longshot Specialists: We wrote last week that driver Tim Curtin had been bringing home some boxcar figure winning horses and the 59-year-old Manteno, Illinois resident was at it again on Sunday night.

Brian Carpenter not only had three winning drives on Sunday, they all were at double digit odds.

The Indiana native chauffeured Gerald Hansen’s Picky Picky Valor to his front-end victory in the Cardinal Prep at $22.60. A few races later he brought home the Gregory Kain trotter at $33.80 and he ended the 12-race card with Roll To Glory posting a $25.20 winning mutuel for trainer Loralee Johnson.