Unlike the Open Paces at the meet that have been pretty much  dominated by two horses in their respective classes, Hawthorne’s Open Trot seems to have a different winner each time it rolls around.

The past five top overnight trot events have given us a new champion every weekend since the restart of the meet early June.

Last week it was Lindy’s Big Bang coming out on top. A week earlier Justice For All prevailed. On July 4th Annas Lucky Star proved best on top. On June 27 the Pine Dream popped and on June 20th it was the mare Louzotic the first place finisher.

Those last five past Open trotters winners plus Lousraptor, a three-time conditioned trot winner at the meet, will all tangle in Saturday’s sixth race feature, drawn by groups (1-2), (3-6).

Prior to the Covid-19 setback, Linda’s Big Bang won the March Opens with Casey Leonard driving

The 31 year-old Warren often gets to the call on a Leonard stable’s horse when a pair is in the same race. 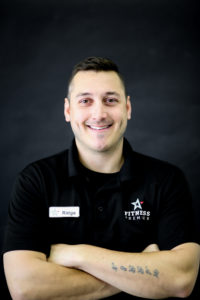 “I’m always very thankful for the opportunity to drive one of the stable’s horses,” continued Ridge. “The fact that Casey and I don’t trade off on their horses I think helps the both of us. When you stick with one horse, you get to know that horse better and just what to do to put him or her in their best position possible to do well.”

“After driving Lindy’s Big Bang in his qualifier and in two more times after, I knew the horse well enough as to where I thought he would be best against those good trotters. I left with him last week and was fortunate to get a winning two-hole trip.”

“I’m having a good meeting and part of the reason is that I’m driving a lot of horses who are going into their races with a good chance of doing well. When these driving opportunities come along you have to take advantage of them.”

Driver & Trainer Races: Going into tonight Casey Leonard sits atop the driver standings with 80 victories. The Harvard, Illinois native has a strong 19.4 per cent winning clip. Kyle Wilfong is next with 63, followed by Todd Warren at 47. Mike Oosting has 35 and Ridge Warren rounds out the top five with 31.

The trainer’s race is as close as can be with Terry Leonard at 31 winners and Mike Brink with 30. Steve Searle at 28 is only three winners away from the top spot. Ronnie Roberts follows with 22 and Frank Petrelli is at 18.