Homepage
You are here: Home1 / Mike Paradise2 / Who’ll Past their NOC Elimination Test? 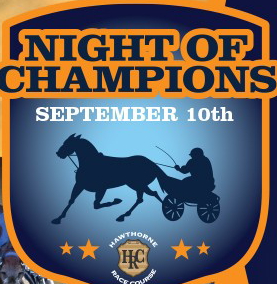 To go to the “Big Dance” you need an invitation. Likewise, to get into Hawthorne’s Night of Champions finals you need to pass your elimination test to be invited.

In some cases, that’s easier said than done.

For example, to be assured to advance to the Incredible Finale championship a freshman pacing colt must finish third or higher in one of Friday’s eliminations. A drawing for the three fourth place finishers will complete the list of finalists.

That means that a number of good two-year-olds won’t be racing for a $150,000 pot, especially some in tonight’s second elimination field. 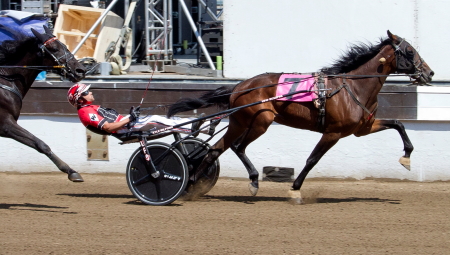 However, both horses had to take a back seat last week in a division of Du Quoin’s Director’s Cup to the late rusher Ghost Shark (Travis Seekman) who paced a quick 1:51.3 mile, the fastest thus far this year by a state-bred juvenile pacer. The Tim Roach trained youngster is in a great spot tonight with the pole position. 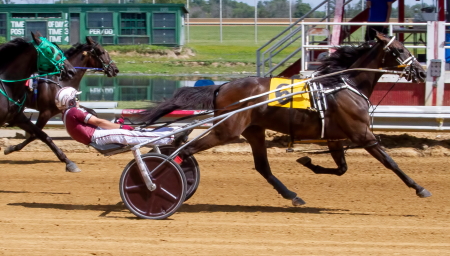 Fifth or Better: The Kadabra eliminations for freshman trotting colts and geldings are both eight horse fields (races five and eight) and only a fifth-place finish or higher is necessary to make that $140,000 Final.

If you horse can’t be fifth or better does, he really belong in the championship? Just asking.

Of course, we’re dealing with juvenile trotters in the Kadabra so anything can happen and sometimes it does.

The recent Du Quoin Governor’s Cup two-year-old showdown was supposed to be another terrific battle between Illinois bred stakes champions Niko Man and Goomster but it never materialized. Instead, both youngsters went off stride at the start and fell far back.

Actually, Niko Man was getting a second chance in the race. He was unmanageable going to the gate causing a recall. Problem was the young trotter was just as uncontrollable the second time around and Kevin Miller’s Ain’t No Mojo popped at 10-1 for Atlee Bender to toss his hat in the ring for the Kadabra championship title.

Sprinkled throughout the card are four state bred prep events, the Molero for older male pacers, the Carey for strictly three-year-old pacing colts and geldings, the Plesac for male trotters, and the Erwin Dygert for colt and gelding sophomore trotters.