Homepage
You are here: Home1 / Mike Paradise2 / Why Not More Springfield? 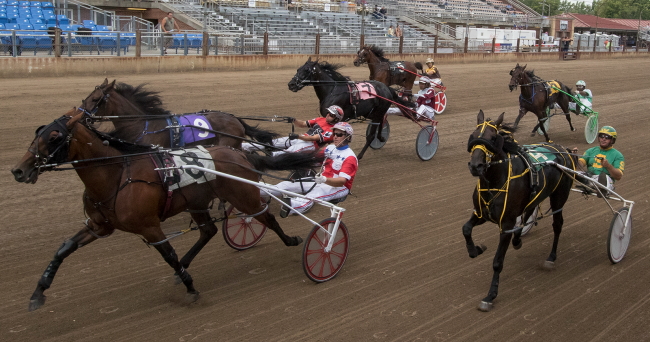 The road to Hawthorne’s Night of Champions in mid-September begins Friday at the Illinois State Fairgrounds in Springfield for pacers and trotters ages three and up.

It began a couple of two days ago for two-year-olds on the same racetrack when the Summer Classic unfolded for the freshman colony.

In recent years the road to the championships got under way with the beginning of Hawthorne’s summer meet but with Arlington tossing in the towel on horse racing in this state and Hawthorne now standing alone as a Standardbred facility, the jammed up 2022 racing schedule at Hawthorne made for a later start for a harness meet, eliminating multiple legs to the championship finals but opening the door for additional racing in Springfield.

With Balmoral and Maywood racing a thing of the past, another harness racing venue is badly needed. For now, Springfield provides at least the partial answer.

What’s holding things back is a multi-purpose racetrack, some sprucing up of the state capitol grandstand, and improvements to the barn area, lights if we conduct racing at night and of course, permission from the Illinois Racing Board.

You would think a few million dollars investment from the state legislators would take care of more racing at Springfield throughout the year with a racing surface that doesn’t shut down the racing program when it rains. After all, for years the state has reeled off incentives to businesses to remain in Illinois.

Why not invest to save the whole horse racing industry. Can we really afford to lose even more people to out-of-state venues?

Racing at Springfield for today, tomorrow, and two days next week are non-wagering. Why not spend the dough to make them pari-mutuel events for the next go around? The state makes some money, the racetrack does better, its more dough for the horsemen’s purse account, and fans want to come to the races to Watch and Bet.

Has far as the argument that Springfield won’t provide revenue like the Chicagoland tracks, don’t be too sure. Over 85 per cent of the handle comes from off track betting. For years now, basically, betting on horse racing is a little more than a TV show for fans on their computers and telephones. With needed enhancements, free admission, and a dollar program, the on-track attendance at Springfield could rival that of Hawthorne’s.

And if ever a Racino was built at its facility, things could really take off.

Motoring Home: Wednesday’s Summer Classic for ICF pacers and trotters is in the history books. The fastest freshman mile was recorded by the Jamaica Patton trained gelding Fox Valley Langley, who won in 1:57.3 with a quick 26.2 last quarter.

The Somestarsomewhere youngster was a $21,000 buy at last year’s Walker Sale by Patton for Illinois owners Lyle E. Lipe (Springfield) and Melvin A. Schoneweis of Petersburg.